Home
Crops
Types of Crops | Classification and Basics of Agriculture 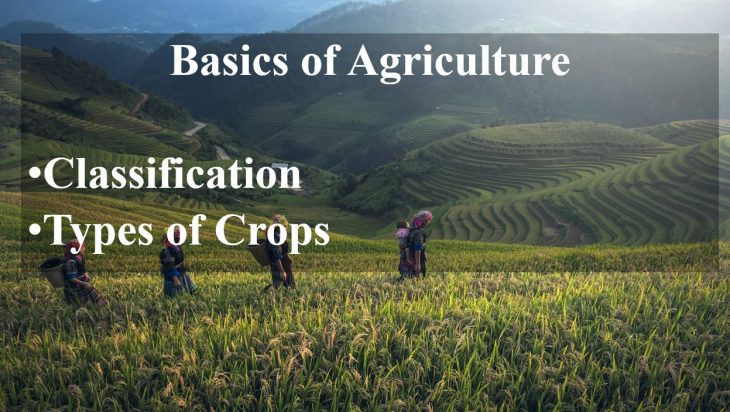 Animals and Plants are the two major sources of food. People have always collected plants and hunted animals to fulfill the needs of food and nutrition. Later, people who started agriculture became dependent on it for their nutritional needs. “Agriculture” is a complex term encompassing all the human activities in which the Earth’s resources are used appropriately to meet human needs for food, fiber, feed, fuel, etc. Therefore the classification of crops has been done to utilize the resources properly.

Agriculture includes, on the one hand, the cultivation of plants, vegetables, fruits, and flowers, and on the other – livestock and fishing. 1000 BC earlier humans have started agricultural practices. Early humans have an addiction to eat raw fruits, roots, and animals for meat to fulfill food needs. After discovering fire, humans have learned to roast prey so that it can become edible and conveniently digestible. Afterward, goats and sheep were raised as livestock, and wheat and barley were raised in agriculture.

“The art and science of land cultivation, crop growing, and raising livestock.”

Crops: Plants of the same species that are grown and cultivated in large numbers in one location.

The nation’s economy has a significant dependence on agriculture. This serves as a backbone of GDP for any country. Soil and weather conditions have a significant effect on the cultivation and production of crops.

The branch of agriculture that deals with crop production and farm management are designated as agronomy.

The branch of agriculture dealing with the farming of fruits, vegetable, and ornamental plants is termed horticulture.

Crops have been divided into different categories based on utility, life cycle, and season time.

Types of Crops Based on Utility

Based on the utility crops are further divided into six types.

Cereals: The first known crop, tall grasses grown for their nutritious seeds are known as cereals. These include plants such as wheat, corn, rice, barley, millet, etc. Cereals are rich in carbohydrates and have significant use in daily food worldwide.

Seeds: All the crop plants produce seed as their raw product and these seeds are used as food. Not all plant-seeds are used as food because of their inedible qualities, like apple or cherry seeds. Edible seeds include grains, legumes, and nuts. These are rich in daily food fats.

Fruits: Include plants like apples, mangoes, cherries, banana, water-melon, e.t.c. Fruits are the quick source of minerals, vitamins, and carbohydrates and serves as an efficient source of energy.

Vegetables: Primarily spinach, carrots, leafy-vegetables, e.t.c. are included in these crops. Vegetables are a rich source of vitamins, minerals, and fiber.

Spices: Include chilly, ginger, black pepper, etc. Spices and herbs have alkaloids as a nutritional product. 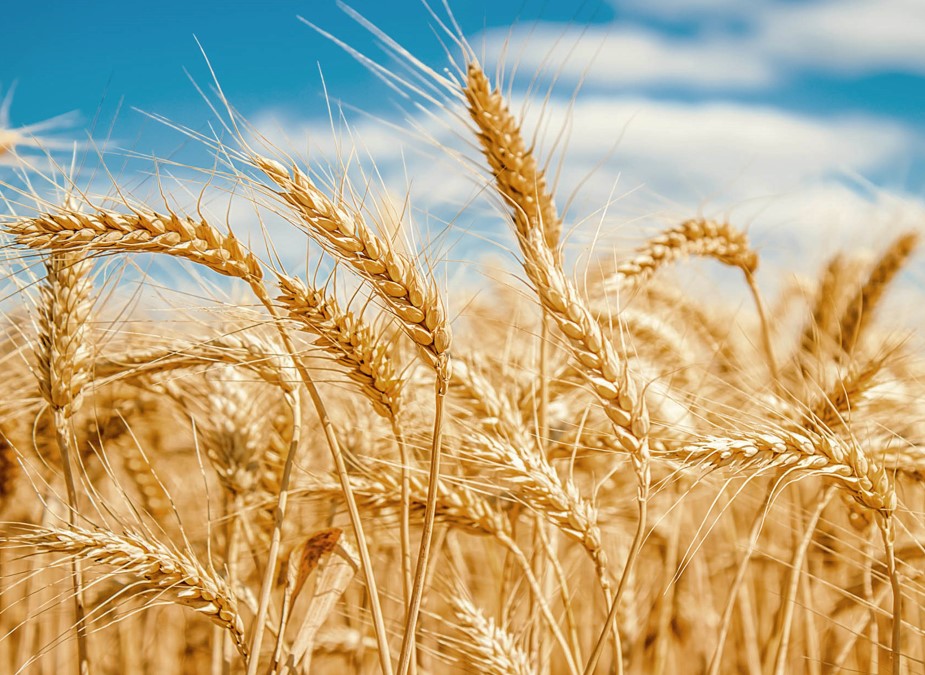 Among types of crops, forage crops are mainly grown for animal feed. Natural pastures and grasslands are included, whether cultivated or not. The forages are grown and harvested like any other crop and classified as annual or perennial crops. Forage crops are specially grown for livestock grazing or are stored as silage or hay. Feed crops help meet production goals in terms of growth or weight gain and help balance seasonal bottlenecks between feed demand and supply. These plants serve as green fodder for live-stock. E.g., berseem, sorghum, oats, etc. 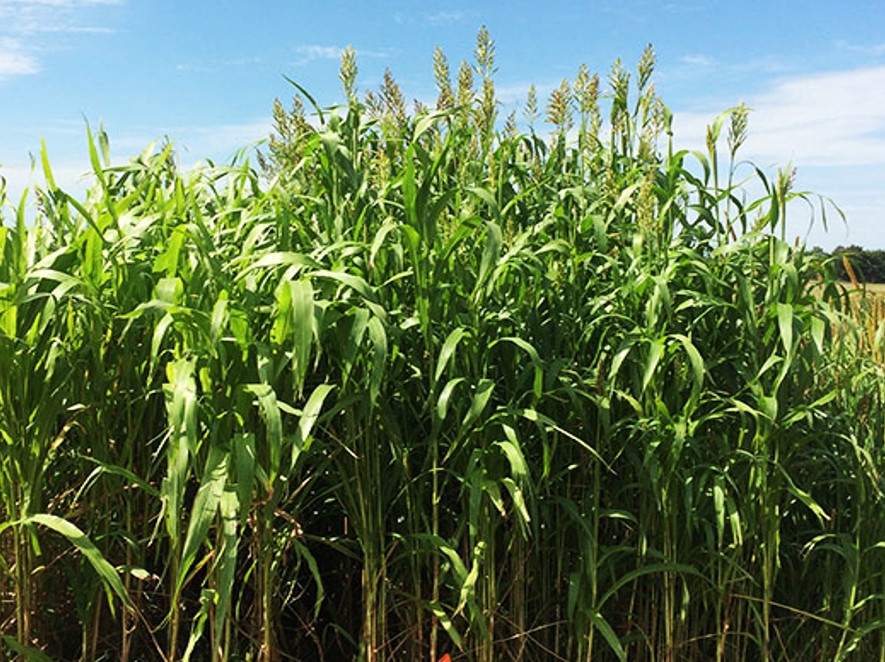 These crops are purposely grown to produce fibers for textiles, ropes, and fillers (such as mattress fillers). Cotton, kenaf, jute, sun hemp, industrial hemp, and flax are known as fibrous crops. Ornamental crops are plants grown for ornamental purposes in gardens and landscaping projects such as houseplants, cut-flowers, and displays. The farming of ornamental plants is known as floriculture, which is the main branch of horticulture. 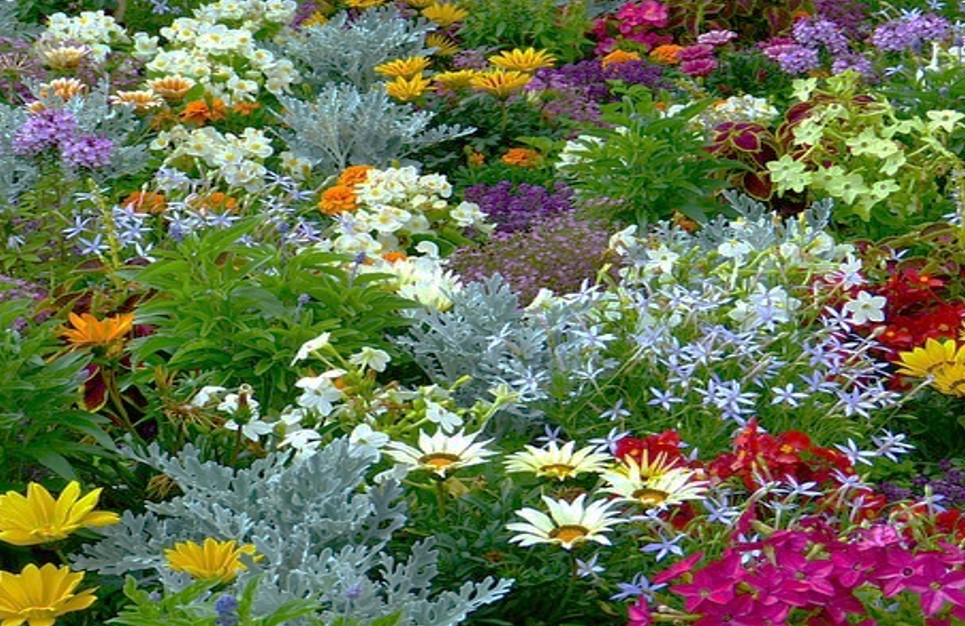 These plants additionally known as cash crops. These crops are produced for more profit and use on an industrial-scale. For instance, cotton and jute (fiber), sugarcane, and sugarbeat (sugar), coffee, and tea (drinks), opium, and tobacco (alkaloids/smoking). Coffee, tea, coconut, and rubber are also known as plantation crops. 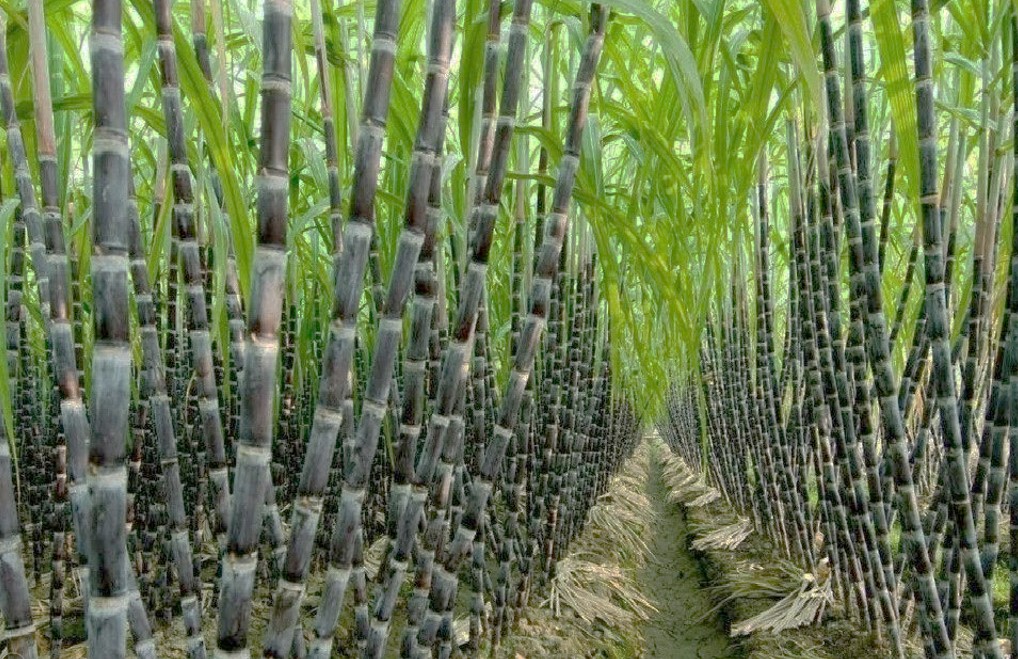 Classification and Types of Crops Based on Life Cycle

According to the life cycle, the crops were further divided into three types: annual, biennial, and perennial crops.

Plants having a life cycle of one year are known as annual crops. These types of crops grow through seeds, mature to bloom, and again produce seeds, and reach harvesting in one growing-season. These crops are needed to be replanted every season, only dormant seed can bridge between one generation and the next retaining in the field. For example, calendula, zinnias, tomatoes, radishes, eggplant, peppers (peppers), beans, okra and peas, squash, and pumpkins, including lettuce, cucumbers, safflower, mustard, amaranth, sunflower, and all the types of grains and peanuts, etc. 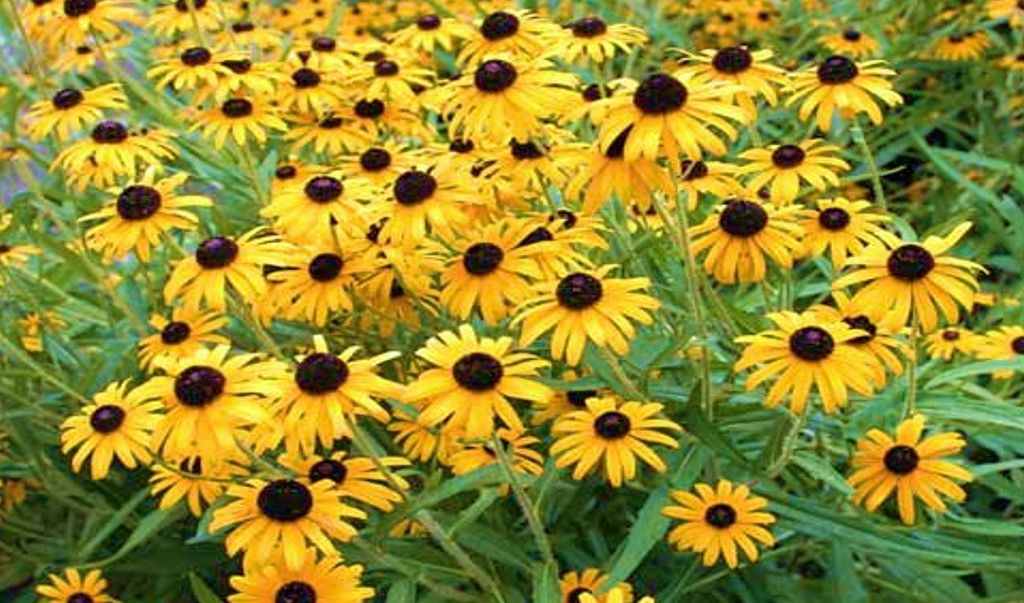 Biennial crops are flowering plants with a two-year biological life cycle. In the first year, the crop develops vegetative structures (leaf, stem, and root) in the form of a small clump ornament leaves close to the ground, then it goes into a resting phase in the colder season. Throughout the second growing-season, stem-elongation, flower development, and seed development and maturation occur, following the death of the whole plant. E.g. Onion, carrots, cabbages, beet, turnip, bread-seed poppies, e.t.c. 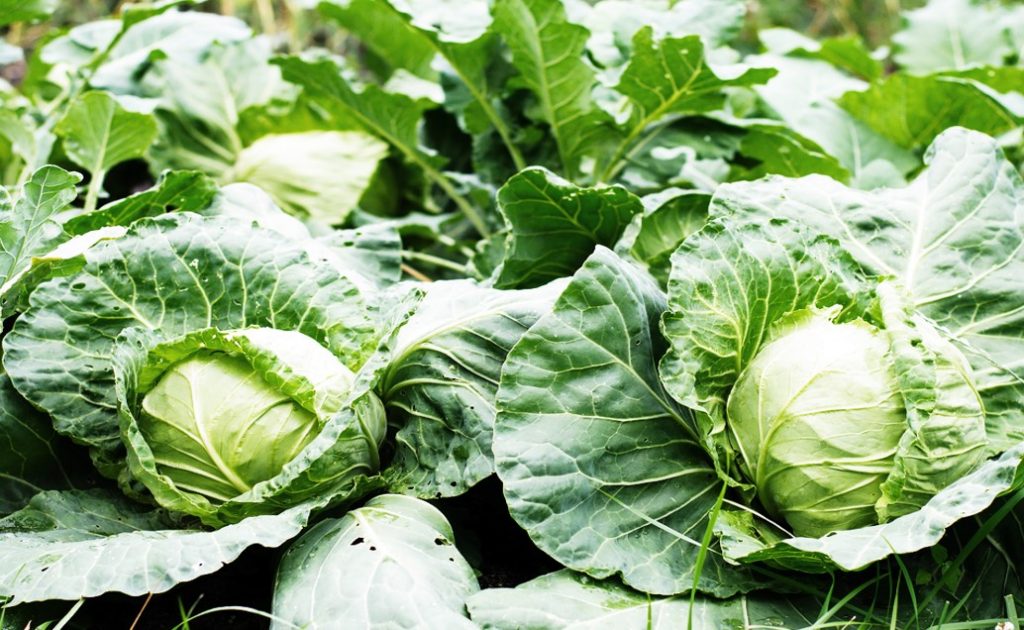 Perennial types of crops are those crop plants that survive more than two growing seasons termed as perennials. As a rule, in each winter the previously grown plant dies, and in the next growing season, plants grows back from the same previously existed root-system e.g., pears, apple, almonds, peaches, walnut, hazelnut, e.t.c. 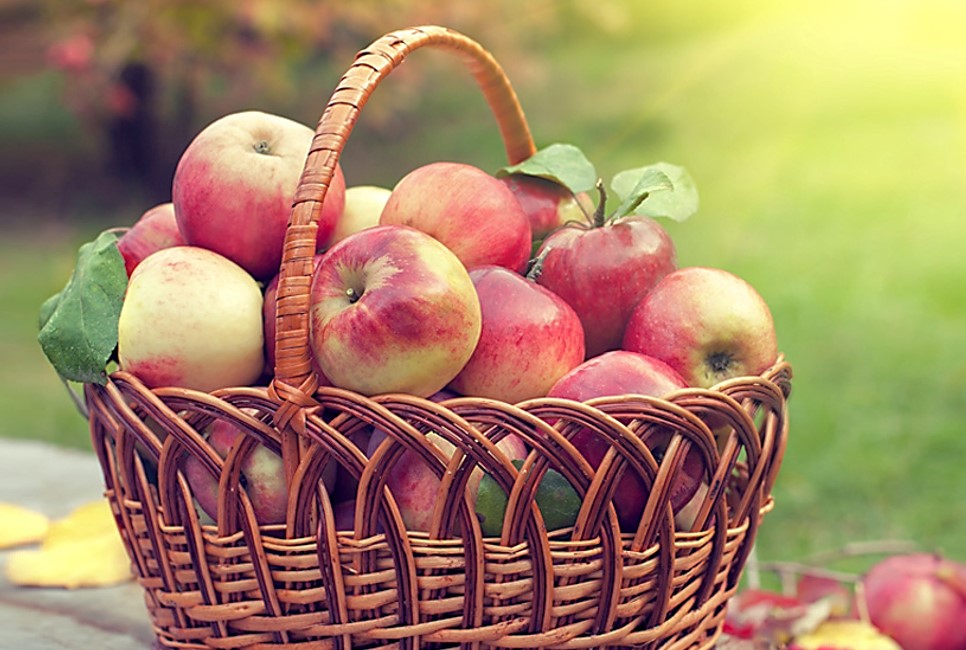 Types of Crops Based on Seasons

There are three types of crops based on seasons:

“Kharif” word in Arabic means “autumn”, as the season of the year, overlaps with the start of autumn/winter. Since these specific crops are cultivated during the rainy-season, the monsoon crops are another name for the Kharif crops. The Kharif season is different in each state but usually starts from June to September. Crops are generally sown at the beginning of the rainy season in June and harvested in September/October.. Cotton, rice, corn, groundnuts, soybeans, bajraa, and cotton are all designated as renowned Kharif crops. The word “Rabi” in Arabic translation means “spring” because these plants are harvested in spring. Rabi season generally begins in November and lasts until March/April. The sowing of the Rabi crop is primarily carried out through irrigation since the rainy season has already ended in November. Unusual rains in November/December can ruin the crops/harvest. Agriculturalists implant seeds in early fall, which gives a spring harvest. Wheat, tobacco, gram, barley, rapeseed, and mustard are major known rabi crops. 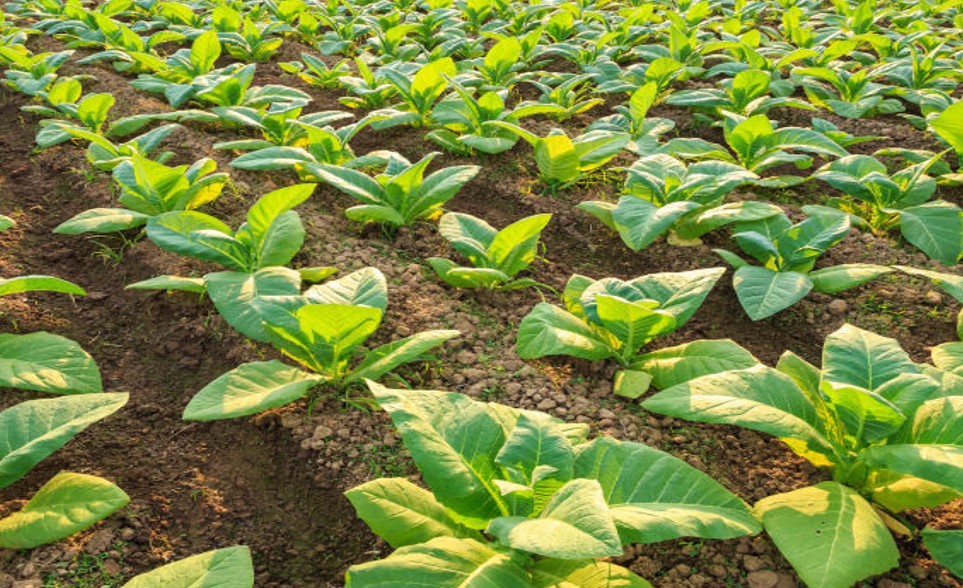 From March to July, there is a quick short season amongst the Kharif season and Rabi season. Typically, Zaid crops are plants that are grown during this season. These crops can be also grown in irrigated land. So, there is no need to wait for the rainy season to start the cultivation of crops. Examples of Zaid-crops are cucumber, pumpkin, and bitter-ground. 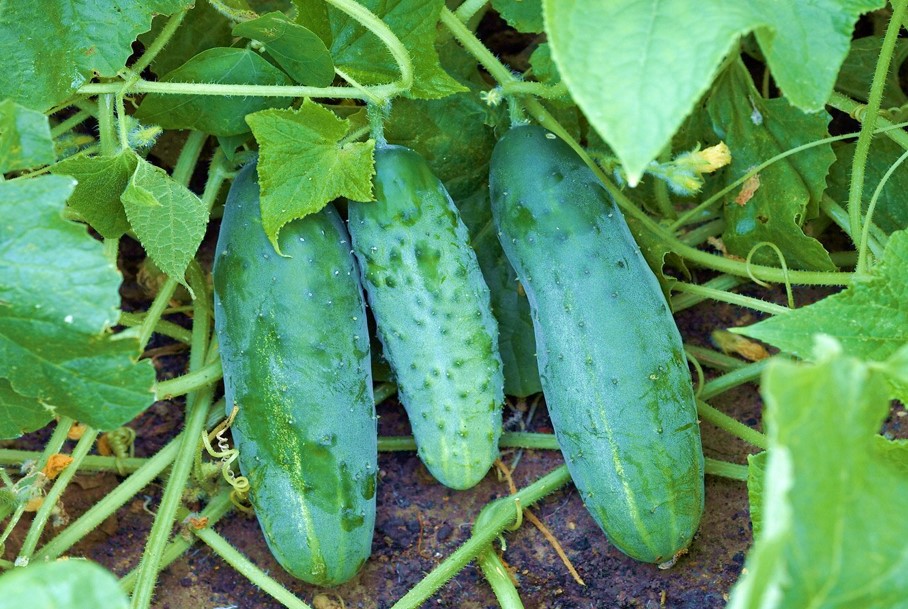 Season Based Types of Crops 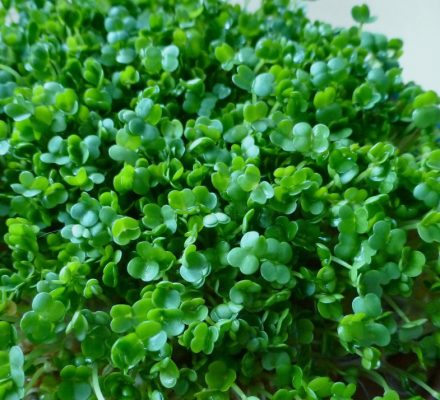 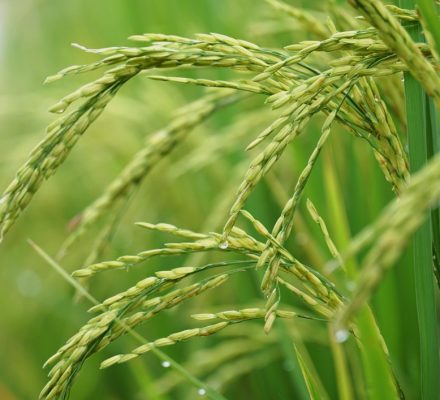 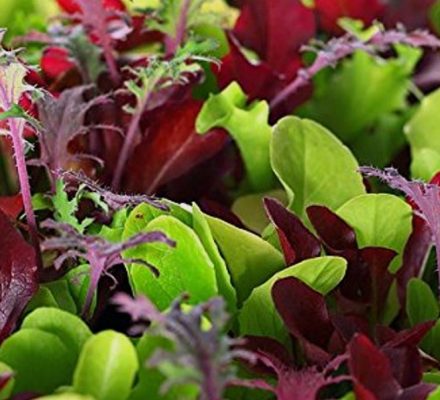