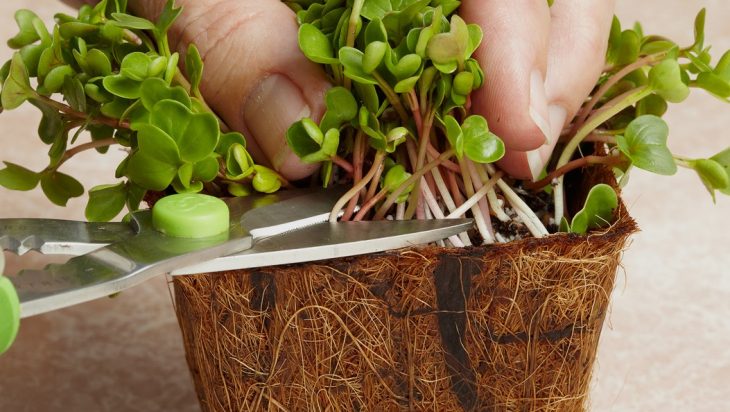 Genetics: Microgreens are not classified by the species of plant produced; the term is simply a classification based on the stage the plant is harvested. Unlike leafy greens and herbs that are grown to finished-sized plants, when these species are grown as microgreen they are harvested when their first true leaf is unfolded. Any species can be grown as a microgreen; production is based simply on the species having a desirable flavor and/or color. Many of the most popular microgreen species are in the mustard family (Brassicaceae), including arugula (Eruca sativa), radish (Raphanus raphanistrum subsp. sativus), mustard (Brassica juncea), kale (Brassica oleracea), and watercress (Nasturtium officinale). Other leafy greens such as Swiss chard (Beta vulgaris) are also used. Many culinary herb species are also popular as microgreens as well, such as basil (Ocimum basilicum), dill (Anethum graveolens) and cilantro (Coriandrum sativum).

Microgreens can be successfully grown in a variety of production systems. One of the most common systems is very similar to the nutrient-film technique (NFT) system used to grow lettuce and herbs; the primary difference between those systems used for lettuce and herbs to those used for microgreens is the size of the growing channel. Channels used for microgreens are two to three times wider than the traditional 4-inch-wide NFT channel. Another system that works well for growing microgreens is marketed for producing hydroponic fodder for livestock. The primary difference between traditional NFT systems and fodder systems is that there are multiple layers on the fodder system, while there is a single layer of channels on the regular NFT systems. These hydroponic systems utilize a fiber mat that comes in rolls or even burlap as the growing substrate that seed is sown into and grown on. Microgreens can also be grown in containers such as large open packs or flats filled with soilless peat or coconut coir-based substrates.

If seeds need darkness for germination, flip a black tray over the top of the flat or place a polystyrene board over the channel and remove once most of the stand has germinated.

Microgreens can germinate without any fertilizer application. However, providing mineral nutrients to microgreens will increase yields. Providing 75 to 150 ppm N from a complete, balanced, water-soluble fertilizer will enhance growth, though the concentration to use depends on your production system. For sub-irrigated systems like the NFT-like channels, use the lower range, while for microgreens that are irrigated overhead you can apply concentrations on the higher end of the range.

Microgreens can be grown across a wide range of temperatures. Much of this is due to the wide range of plant species that can be grown as microgreens. Temperatures that are commonly used in greenhouse and controlled environment crop production work well, such as 68 to 72° F. While some species, such as many of the species from the Brassica family, can be grown at cool temperatures, the time it takes for seedlings to reach the marketable stage increases if grown too cool; warmer temperatures help your crops finish quickly and increase the number of crop turns in your facility.

As evident when grown in multi-tiered hydroponic fodder systems, microgreens can be grown under low-light conditions since the seeds have stored energy they can use to germinate. However, microgreens will grow more and increase yields as light intensity increases. For greenhouse producers, supplemental light will only be required in the late fall, winter and early spring, when light is limiting. If you are growing in a controlled environment with no sunlight and rely on artificial lighting, it is not a matter of when you are going to provide light, but rather how much (the instantaneous light intensity).

Like other food crops grown in greenhouses and controlled environments, microgreens are responsive to carbon dioxide (CO2) concentrations. Supplemental CO2 should be used in greenhouses when outside temperatures are cooler and venting is reduced, and can also be used indoors when necessary.

Microgreens do not require pruning or training.

Due to the short crop time for microgreens, there are few severe pests or physiological disorders.

The most significant disease in microgreens production is damping off of recently germinated seedlings. Seed can be sterilized prior to planting to minimize disease incidences.

Microgreens can be marketed in several different ways, either cut from the growing substrate and placed into a bag or container, or marketed while still growing in substrate. For microgreens that are sold “live” and attached to the substrate, the trays or growing units are simply collected from the greenhouse and, depending on whether they are sold wholesale or retail, they may be placed in decorative containers, then placed in plastic or cardboard carriers for transport and display. For microgreens grown in loose soilless substrate and being harvested for sale, care must be taken so the loose substrate does not get mixed in with the microgreens shoots during harvest.

While cut microgreens are protected when placed in a plastic clamshell, they are tender, and bagged microgreens are susceptible to bruising. For microgreens marketed in bags you should leave ample air that increases the size of the bag, like a brand-new bag of chips, to protect the fragile shoots. To maximize the shelf life of cut microgreens, place them in a refrigerator to keep them cool. It is difficult to recommend a single acceptable storage temperature because of the variety of species grown.

Most species grown will do best in temperatures in the mid-30s down to just above 32° F; basil is the most notable species sensitive to cold temperatures and should not be stored below 50° F.

Useful Article: How To Grow Microgreens From Start To Finish (Complete Guide) 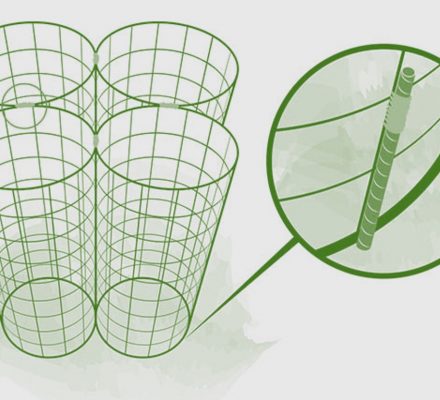 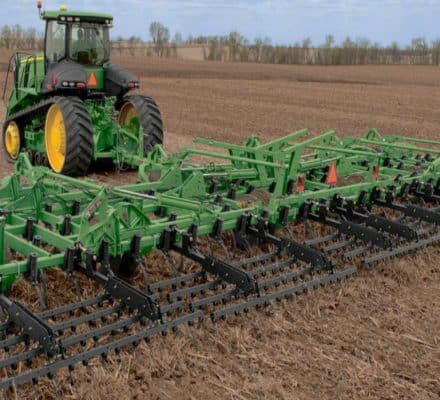 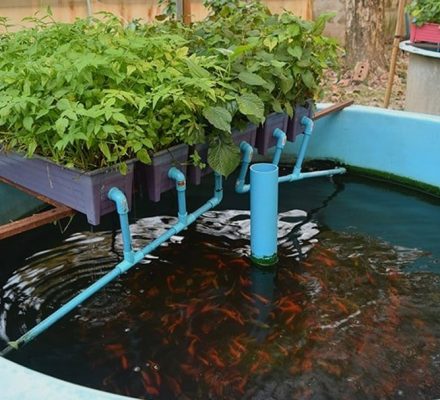 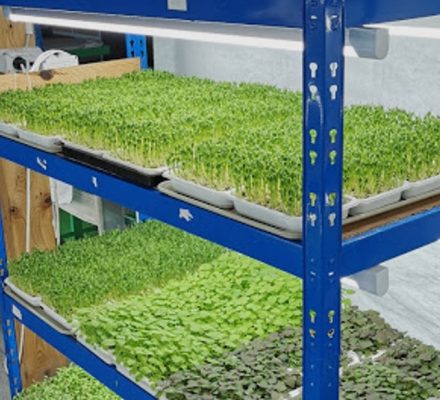