Two events in human history have been accompanied by large increases in economic development as reflected by per capita income and population growth.

The Neolithic Revolution and the development of agriculture occurred independently in multiple geographical regions including the Middle East (the Fertile Crescent), East Asia (along the Ganges), South Asia (the Indus Valley), Mesoamerica, the Andes, and West Africa; these occurring at different prehistorical and historical times.

Corollaries to the Neolithic Revolution were the following: musculoskeletal stress, poorer overall nutrition accompanied by reduced height, the appearance of dental disease, and a huge increase in fertility. 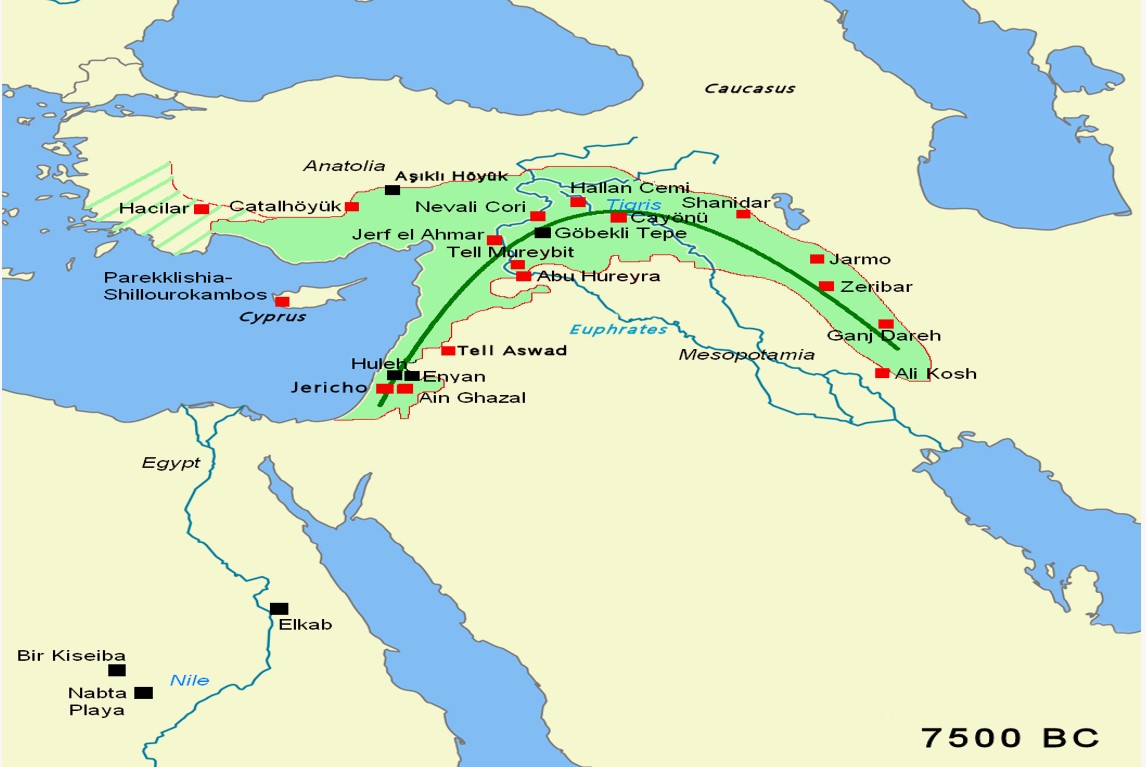 The explanation for why the Neolithic Revolution occurred is discussed. The founder crops of the Fertile Crescent were wheat, lentil, pea, chickpeas, bitter vetch, and flax. Among the other major crop domesticated were rice, millet, maize (corn), and potatoes.

Crops were usually domesticated in a single location and ancestral wild species are still found. In contrast, there appears to have been one, two, or more domestications (e.g., one for each of sheep and goats and three for pigs and cattle) resulting in livestock animals domesticated independently in different locations.

The wild ancestral species for some livestock species, such as sheep, goats, and cattle, are now extinct. Animal agriculture spread by trading and migrations.

One early form of animal agriculture was pastoralism. This subsistence livelihood continues in some regions.