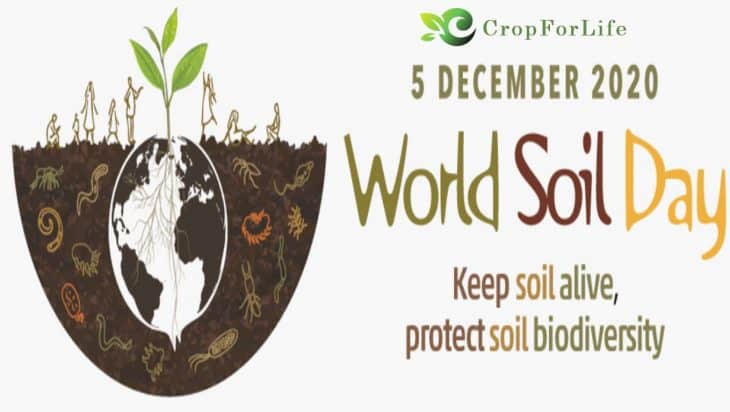 World soil day is celebrated every year on December 5th to highlight the significance of soil biodiversity and the nutritional importance of soil for food production.

WSD is holding annually on December 5th to raise awareness of the significance of healthy soil and to promote valuable soil management for a safe food future. The WSD date of December 5 was chosen because it is H.M.’s official birthday, King of Thailand Bhumibol Adulyadej, who officially approved the event

Soil is home to over one-half of our planet’s biological diversity, however, only 1% of the universe is known so far. A teaspoon of healthy soil contains more living creatures than the total number of people on Earth. Soil creatures are a source for many important ecosystem progressions on which humanity depends, from plant growth supporting and carbon-storing to a huge reservoir for medicines.

However, a great threat to soil biodiversity is underway because more than half of the topsoil has been mislaid in the past 150 years. 26.4billion tons of soil is getting lost every year, ten times more speedily than soil replenishing. Soil wearing off is also important but largely overlooked part of carbon emission.

While calling on people around the world to play an active role in enlightening soil health, the drive also aims to combat the loss of diverse soil biodiversity. If soil fertility keeps getting affected at an alarming level, this will cause a threat to global food supply and security.

Moreover, a virtual soil community is also working to protect soil and create awareness among farmers on the efficient use of soil.

Every animal on earth needs soil. It is an important component in providing animals with air, water, food, and living space. Healthy soil leads to a more stable and consistent global food supply, which leads to a strong communal interaction. Therefore, we must all do our part to conserve biodiversity and soil in order to build a better community and ecosystem. This world soil day we promise to keep the soil alive.