Home
Technology
Top 10 Applications Of Robotics In Agriculture And Farming

The recent applications of robotics in agriculture are paving a way for a bright future for the farmers. The global population is predicted to reach 9 billion by 2025. With a dramatic rise on the way, it is time for the countries to think of new ways to feed their people.

Top 10 Applications of Robotics in Agriculture

As the population moves from rural to urban grounds and no one is coming forward to take care of next-generation farming, now is the right time to infuse disruptive technologies like artificial intelligence and robotics in agriculture. Already robotics has invaded many commercial spaces like customer service, manufacturing, shipping, and transportation. Fortunately, the agriculture sector is next in line to adopt technology for a major transition.

But why robotics out of all the technologies? Because it can fill the gap between manpower needs and production needs. The agriculture sector is undergoing a high-tech revolution as primary producers increasingly turn to robotics to meet multiple challenges. Already the United States, Australia, Japan, and European nations are embracing robotics to weed out production challenges. The future of robotics in agriculture is anticipated to rise drastically in the coming years.

Sowing seeds is the basic process to begin farming. Traditionally, farmers have been sprinkling seeds using their hands. When modern machinery came to effect, farmers used ‘broadcast spreader’ attacked to a tracker to sprinkle them. Although the process got simple, these attached features threw a large proportion of seeds around the field, making a complete waste of it. Thankfully, autonomous precision seeding is here to help. With a combination of robotics and geomapping, the mechanism can place the seeds exactly where it needs to be for good growth.

Robots are well known for replacing humans with repetitive tasks. That is what they do at harvesting and picking. Harvesting is monotonous work that has to be done in order to reap useful food products. To relieve humans from these tedious tasks, robots are taking over the process. While planting and reaping basic food grains like wheat and barley can be done easily by robots, others like fruit and vegetable harvesting need multi-talented robots.

While spraying pesticide repellent on the plants, most of the content ends up ruining the soil. Although the ground is constantly ploughed to change its texture, there is less chance for the future plantation to escape the chemicals. It is also harmful to the environment. Therefore, farmers are using micro-spraying robots to narrow down the impacts. With futuristic computer vision technology, micro-spraying robots can detect weeds and then spray a targeted drop of herbicide onto them.

Nursery planting is a go-to option for plan lovers. By planting the needed crops at home, we can get vegetables and fruits for our day-to-day usage. However, it is quite hectic to groom and water them on regular basis. This is where the robotic automation process gives its best. Robotic process automation takes care of all the nursery planting works including watering at regular intervals and plucking the vegetables or fruits when it is ripe. Weeds are the biggest enemies to farmers. Removing their notorious unwanted growth is both time-consuming and difficult. That is why farmers are now using robotics to counter the challenge. Autonomous robots, powered with computer vision technology, are capable of exactly identifying the weeds and yanking them out before they could spread further.

Knowing the state of the plants and the condition of the soil is as important as watering them. But a normal soil or plant analysis takes many days as the farmer has to collect samples and share them with researchers to get the results. However, the process is simplified, thanks to LiDAR-powered robots. They collect data on plants’ health, physiology, and stress response and use it to improve the condition.

Drones are not really new to farming. Since the 1980s, drones were used to capture aerial photography of fields. Even when modern drones, powered with artificial intelligence, made their debut, agriculture was one of the primary industries that took the lead to full-fledgedly implement it. Today, drones are used to capture 3D imaging, map-building, and crop monitoring. 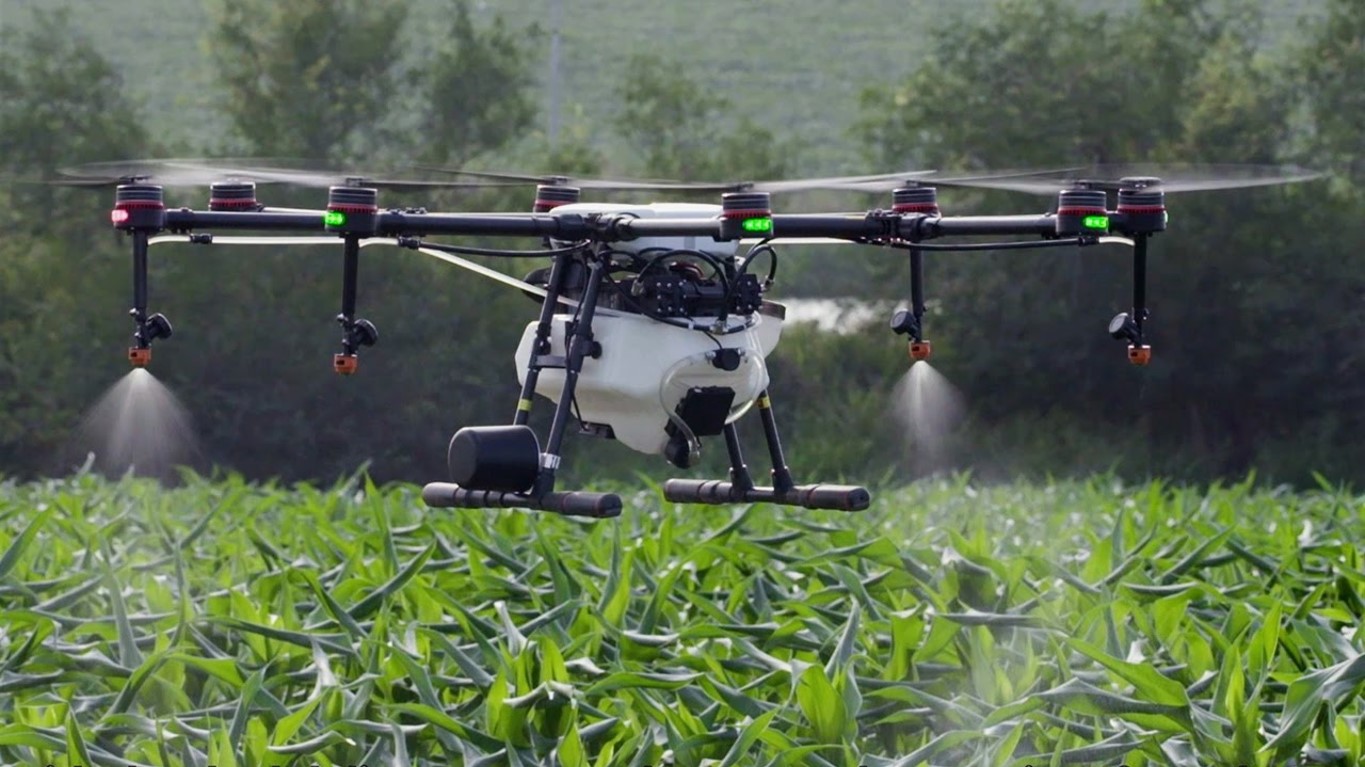 Agricultural autonomous robot is the most recent development that hit robotics in agriculture perspective. With various features and extraordinary technology onboard, these robots can multi-task. They can do everything starting from cloud seeding, planting seeds, doing weed control, harvesting, environmental monitoring, and soil analysis. It can take care of end-to-end agriculture processes and replace tough manual tasks with machinery.

Climate change and the approaching water scarcity in the world is very real. Therefore, saving water, by all means, is at the core of farming. Unfortunately, irrigation and fertilizing processes use a lot of water and most of it goes unused. To combat this challenge, robot-assisted precision irrigation emerges as a solution to reduce water wastage by targeting specific plants.

More than the actual agricultural works, sorting and packing demand a lot of human operators. In the fast-paced production space, the need for human laborers in packing is drastically increasing. Therefore, many farming companies are using sorting and packing robots to streamline the tasks at a high speed without breaking. With coordination capability and line tracking technology, these robots can fast-track the packing process.

The robotics revolution is evidently happening in front of our eyes. From autonomous vehicles to automated service bots, robots are taking over a larger place in our daily lives. Agriculture is the largest manufacturing sector across the globe that is in immense need of technology. Since the global food chain is under pressure due to population growth, climate change, political pressures after migration, population drift from rural to urban regions, and the demographics of aging people, now is the right time to implement robotics applications in farming.

Robotics and autonomous systems are seen as an escape from the haunting reality. It also provides a substitute solution to critical food chain transformation. Fortunately, after realizing the condition of the food crisis, governments are also coming forward to jump into the bandwagon for agricultural robotics. With central authorities in the game, robotics in agriculture and farming including dairy farming is expected to reach new heights in the coming years.