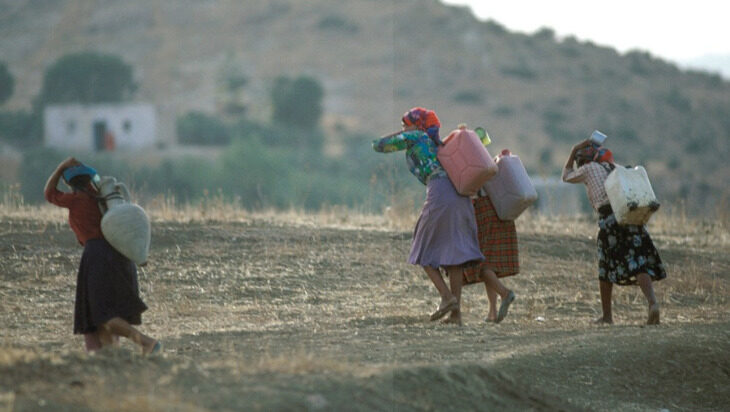 The Middle East and North Africa (MENA) region gets special attention when discussing the global water scarcity situation or migration crisis worldwide. However, there is a very sporadic attempt at analysing the link between these two phenomena in the context of the MENA region.

The correlation between water deficit and what makes the people in the region move can’t be kept aside for long. A recent World Bank report finds that lack of water has contributed to 10% of the rise in global migration.

The MENA region is undoubtedly the most water-scarce globally, and the region hosts the world’s 11 out of 17 most water-stressed countries. Nearly two-thirds of the population in this part of the world already lack needed freshwater resources to sustain current economic activities. As the population grows, the per capita water availability is predicted to go down by 50% by 2050.

MENA has become one of the world’s climate change hotspots as climate models predict warming of the region 20% more than the global average. Climate change has already brought more frequent and severe droughts and floods, leading to increased water insecurity in the region. Countries like Jordan, Iraq, Lebanon, Morocco, and Syria have become more susceptible to climate change-induced water scarcity.

Read More: Farmed Seafood Supplies At Risk If We Do Nothing About Climate Change
Read More: Cannabis Contains Heavy Metals And May Negatively Affect Consumer Health