The Belgian Horticultural Cooperatives Federation (VBT) members had a good tomato year in 2021. There was 17 million kilos less supply of loose tomatoes and 23 million kilos less of TOV compared to 2022. Yet, those products still achieved a turnover increase of 12 and 13%, respectively. That is what the VBT’s 2021 annual figures show.

Chairperson Rita Demaré and general secretary Luc Vanoirbeek pointed out some issues along with these figures. These include difficulties due to the Tomato Brown Rugose Fruit Virus (ToBRFV).

In contrast to the tomatoes supplies decline, VBT saw a three million unit increase in the number of cucumbers supplied. It is generally known that, due to virus pressure, some tomato growers (temporarily) switched to cultivating cucumbers. 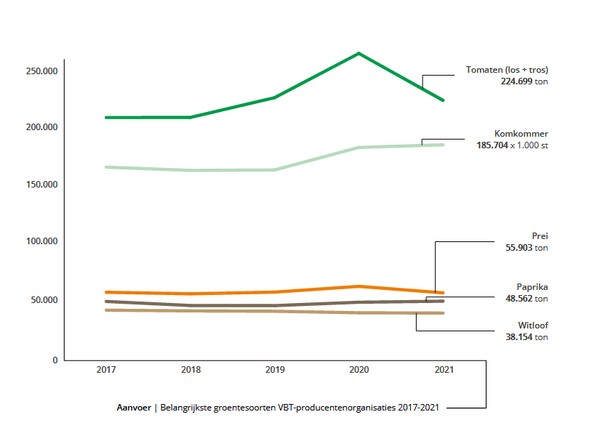 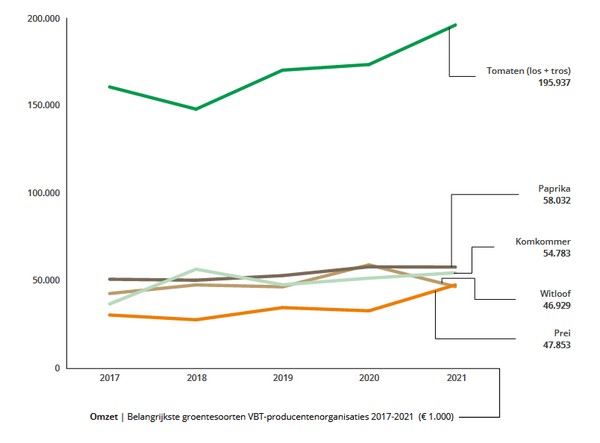 Revenue figures for products including tomatoes, bell peppers, and cucumbers. The enlarged graph is available in the annual figures document (see below).

UK: ToBRFV back after two years

Tomatoes were not the only product that had increased revenues. The annual report shows an 18% increase for the greenhouse vegetable, lamb’s lettuce. Eggplant, however, had a dismal year, with turnover dropping by 23%.