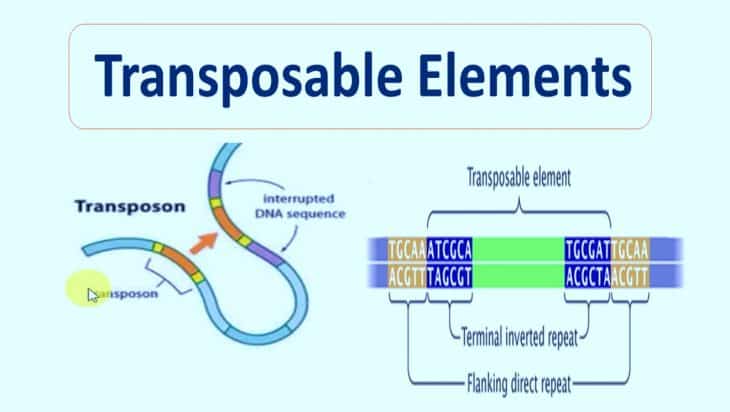 Recent researches have indicated that the transposable elements have significantly molded the function, structure, and progression of the genomes and the regulatory structures, which can hamper the system of regulation of numerous genes, even with genes located at some distance.

What are Transposable Elements?

Transposable elements also are known as the jumping-genes or transposons, repetitive genic regions of the DNA that wander in the genome of a cell and the higher organisms. These repetitive elements have been also termed as ‘selfish’ DNA (Orgel and Crick 1980). Transposable elements were first discovered by the scientist Barbara McClintock in the 1950s.

There are two known types of transposable elements:

Transposable elements played a primary role in the evolution, therefore must be deliberated as integrated components of the genome. Therefore, the jumping genes can even act as controlling elements among the genomes of different species. Some of the significant aspects of jumping genes are:

Transposons and Biological Ecosystem: The Genome

The genome is like a biological ecosystem in which the transposons resemble the species of an ecosystem (Brookfield 2005; Mauricio 2005). Studies exhibited that these elements are involved in the evolution of the genomes by controlling the functional genes (Feschotte 2008). Therefore, it is believed that transposons, just like the other types of non-coding DNA, are also not function-less, they can also alter and influence the functions of the coding DNA. These elements encode all information by which they can incorporate into other genomes and can trigger the chromosomal rearrangements.

Moreover, scientists assume that transposons are present in the genomes of all the plants and animals in an uncountable size. Significantly, genome sequencing of rice and Arabidopsis has taught a lot about gene families, gene number, heterochromatin and centromere structure (J. Ma and Bennetzen 2006), local and global genic duplications (J. Yu et al. 2005). However, transposable elements are not a distinguishing character of a genome, as they are comparatively small-sized, 125Mbp – Arabidopsis and 389Mbp – rice, exclusively.

Researchers state that transposon stimulation can also be generated under a stress environment in plants (Tittel-Elmer et al. 2010), in Arabidopsis, heat shock amplified the transcription of jumping genes and repositioned the LTR retrotransposon ONSEN which conveys definite ideas to deliberate a heat response on its adjacent genes (Ito et al. 2011).

Maize was the first species in which the transposable elements were discovered and been a model plant for a long period for genome analysis (Fu and Dooner 2002). On the other hand, cereal genomes such as maize (J. Messing et al. 2004), wheat (Sabot et al. 2005), and barley (Thomas et al. 2005) have been extensively analyzed for repeated DNA sequences with the aim of understanding the mode of genome development. Initially, in maize researchers observed two inbred lines with a 100-kb region near the bronze1 locus, which exceptionally vary in their inter-genic regions and gene content.

Later on, these observations were proved significant for a region neighboring a zein-locus (Song and Messing 2003). Researches revealed that a DNA-transposon is responsible for copying different genes into a new site in the maize genome which has generated a great diversity in the maize plants (Joachim Messing and Dooner 2006). Studying maize and other plant genomes has revealed that the repetitive elements have a great contribution to a significant portion of the DNA-sequence variations instead of only composing the genome. Studies revealed that the insertion of two major super-families, copia and gypsy, long terminal repeat (LTR) retrotransposons in inter-genic regions instead of introns have contributed to significantly increase the phenotype of cereals that we currently see in genomes of several cereal crops as compared to the rice.

Polymorphism due to the current insertion of various LTR retro-transposons in the inter-genic regions of barley and maize has acknowledged comparatively little attention. However, scientists believe that it might be vital in defining phenotypic variations by triggering regulatory diversity in the neighboring genes. For defining phenotypic diversity in maize, two cases, specifically the y1 (Palaisa et al. 2003) and the tb1 (R. M. Clark et al. 2004) loci, of regulatory variation prove that it is impossible to detect a single-nucleotide substitution as the contributing factor.

It has been also revealed that a huge amount of mammalian genes receive transcriptional regulatory signals through transposable elements (Morgante 2006). Moreover, DNA transposons such as Pack-MULEs or Helitrons, seem to be transcribed and might have a significant contribution in the evolution of new regulatory proteins assuming an exon-shuffling principle (Juretic et al. 2005). However, initially, no fixed T-element insertions have been identified in the chromosomes. Therefore, the genomic functions of the transposons have been rejected because in situ-hybridization techniques only the large insertions can be identified instead of the smaller ones.

Such as retro-transposons, like solo LTRs were identified which have an association with gene regulation (Biémont 2010). The domestication of the transposons led to the development of RAG genes from the DNA transposons in the immunoglobulin system and work in the V (D)J recombination, like a transposase (Kapitonov and Jurka 2005). And in the Drosophila the TART and HeT elements have been used as the protectors of telomeres (Pardue and DeBaryshe 2003). Additionally, the transposons can also act as gene regulators. Meanwhile, mutation of a retro-transposon, AtCOPIA4, neighboring disease resistance genes, comprehends resistance to downy-mildew in Arabidopsis (Wang et al. 2010).

The idea of controlling the expression of other genes about the transposons seems to be true when some transposons like, LTRs which have the promoters, were found in the stable site with respect to the particular genes. There are a large number of possibilities that in the gene regulation some recent T-element insertion sites may be involved (González et al. 2010). Transposons not only induce the genetic polymorphism supporting the population adaptation but also endorse the speciation because of its mutational capabilities, sensitivity to environmental pressures, and ability to control the genetic systems (Syvanen et al. 1984).

Evidence about the influence of the transposons in the progression (Feschotte and Pritham 2007) probably through the rearrangement of chromosomes (Zhang et al. 2009) is available, but not about the speciation. It is difficult to understand that a change in the activity is due to the process of speciation during a particular era of evolution. Mechanisms linked with the chromatin structure, like histone modifications, RNA interference, and the DNA methylation of cytosines are all autonomous and can control the activity of transposons.

However, transposons may be tangled in the epi-genetic regulation, as they are recruiting the silencing mechanisms (Fadloun et al. 2013). Many researchers have reported that the retro-transposons in mice can function as the transposons to endorse the gene expression. Like the Long terminal repeat – (LTRs), the Long inter-spersed nuclear element – (LINEs) have also an important role in the gene expressions, it encompasses an anti-sense promoter that nearby genes use to drive the expressions (Jachowicz et al. 2016). Moreover, a  DNA transposon, medium reiteration frequency repetitive sequence 20 (MER20) was discovered which has a contributory effect in the mammalian-pregnancy linked system and its development (Lynch et al. 2011).

In recent studies, researchers have testified that approximately 25% of the NANOG, POU5F1, and CTCF binding sites are delivered by the transposons in the human embryonic-stem cells (ESCs) (Kunarso et al. 2010). Therefore, the transposons are thought to be essential in controlling the system of ESCs in the mammalian-linage (Schmidt et al. 2012). In the regulation of innate immunity genes, LTR elements derived from the endogenous retrovirus have a great contribution (Chuong et al. 2016). LINE 1 sequences are self-proliferating and the protein encrypted retro-transposons, their activity out-comes as somatic cancerous insertions in the genome. Alteration in the transposons and the simulation of LINE 1 sequences seems to be a sign of cancer development and the tumor-driving mutations (Burns 2017).

Researchers assume that Millions of inactive transposable elements seem to be present in the genome of higher eukaryotes which serve as the base of inter-specific sequence divergence. Previously, in rice, the LTR retrotransposon, Tos17, has been utilized to produce mutant lines (Kumar et al. 1997). However, transposons like Mutator (MULU) and Class II Ac (hAT) have already being used for the purpose of gene cloning (Bennetzen 1996).

During the breeding programs of wheat (Triticum aestivum L.) and triticale, the rye genes have been used to conserve the agronomically vital traits such as stress-resistance in them (Cuadrado et al. 1997). Moreover, in the latest researchers, dozens of transposons have been identified in the rye genome. These are now classed as Ty3- gypsy, Ty1-copia, SINE, LINE, MITE, or CACTA elements and listed in the GenBank (Francki 2001).

Recently, RYS1, the first active plant foldback jumping gene was recognized (Alves et al. 2005). Researchers identified it from a repetitive nonmethylated DNA segment. Meanwhile, two novel gene classes of transposons, Revolver (Tomita et al. 2008) and Superior, have been identified in the rye as well (Tomita et al. 2009). These new genomic gears because of their distinct features, associated with class I and II transposons, can be used to gain an understanding of genomic structures and evolution in the Triticeaee tribe. Researchers believe that these gears can be very helpful in ongoing molecular breeding programs (Tomita, 2010).

There is a great difference among the reproduction cycle of the organisms, some need 10 minutes to reproduce, and some need 10 years to reach sexual maturity. If mutations happen randomly at a similar rate, it would be directed to the massive imbalance between the evolution and the adaptation of organisms. Slow reproducing organisms are under great stress because the mutations take a much longer period in them to develop a genetic diversity (Ge, 2017).

Therefore, the transposons are much necessary to endorse the mutations and recombination among the genome of organisms. Moreover, the genetic mosaicism among the individuals is due to the presence of retro-transposons in the somatic cells (Baillie et al. 2011).

Considerably, there is surplus evidence that the transposons can be troublesome for the individuals, but they are also essential for the adaptation and the existence of the organisms, particularly in the slow reproducing organisms. Otherwise, it is very difficult to carry the Tens of thousands of useless transposons neighboring the essential genes over millions of years (Ge, 2017).

Researchers believe that the transposons also have a major role in the genic regulation of antibiotic resistance amongst the bacterial generations which have an intense influence on human health. Also, they are a major player in the interaction between the genotype and the phenotype because of their role in epi-genetic regulations (Bollati and Baccarelli 2010).

The genome sequencing of the variety of organisms and keeping the data recorded is a complex procedure, however, the transposons and other repeated genetic sequences could play a major role in interpreting this complexity (Shapiro 2010).

Moreover, up to some extent, it can be said that Vavilovian mimicry may also be induced by the additional unused DNA present in the genome. 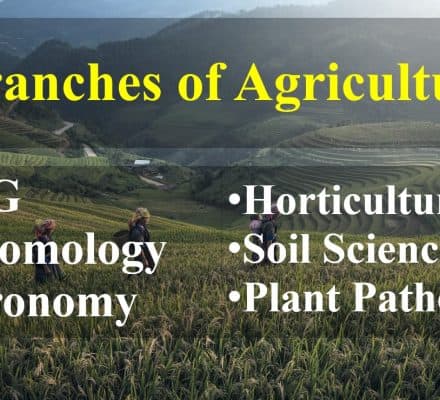 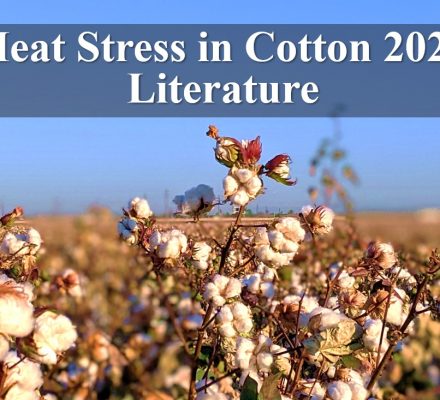 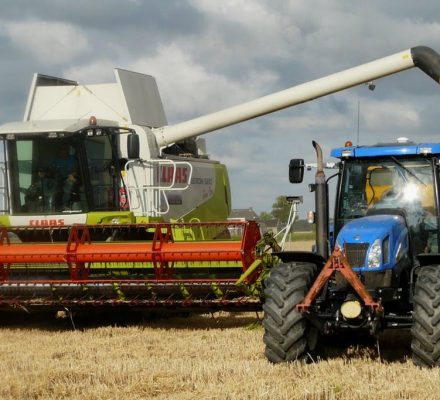