Home News The result of the Urban Greenhouse Challenge

The result of the Urban Greenhouse Challenge

This academic year saw student teams from all over the world once again compete to present the best urban agriculture idea. With the Urban Greenhouse Challenge, large student competitions have become an inextricable part of Wageningen.

The final round of the third and last Urban Greenhouse Challenge, organized by WUR, will be held on 29 June. This edition of the challenge attracted thirty student teams from all over the world, bringing together a total of 260 participants. At the event, the jury will announce which of the ten teams in the finals has developed the best urban agriculture idea. The concept must be suitable for one of the poorest and most diverse neighborhoods in Washington, D.C. What have three editions of the Urban Greenhouse Challenge yielded? 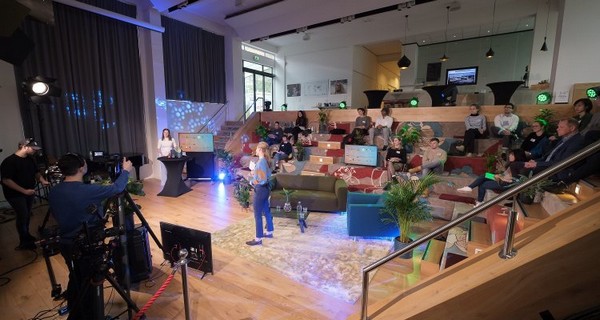 To understand the success behind this first Wageningen student challenge, we have to go back to the university’s 100th anniversary in 2017. What started as an idea for an event at a party quickly turned into a plan for an annual phenomenon: a multidisciplinary, international competition in which student teams are presented with a concrete challenge. The challenge takes up a large part of the academic year and falls outside the regular study program.

A first for the life sciences
“Student challenges have been organized by Dutch universities of science and technology for some time,” says organizer Rio Pals. “The World Solar Challenge is the most well known. This involves student teams designing and building an electric car. These kinds of challenges are still rare in the life sciences, or at least there wasn’t anything like it in the Netherlands.” The idea of a life-science challenge appealed to far more students than Pals and her colleague Marta Eggers had imagined, with 23 teams signing up for the first edition straight away. After three editions of the Urban Greenhouse Challenge, the count now stands at 106 teams with more than 1,000 students from 36 countries.

Bijlmer Bajes
The participants in the first edition examined the issue of how urban agriculture could find a place at a specific location in the Netherlands: the former Bijlmer Bajes (a prison). They had to use local resources and energy generated locally. At the same time, the aim was to involve residents in sustainable and healthy food as well as to prove that the plan was technically and financially feasible. The jury, therefore, assessed the plans not only on the environmental and sustainability aspects but also on social, economic, and technical aspects.

Next stop: China
The international character was given even more shape in the second and third editions when new locations were chosen. In 2019–2020, the assignment was to design an urban greenhouse for a park in a Chinese city. What made it so challenging to come up with a concept for this? “You start with just a piece of land, nothing else at all,” sums up one participant who designed a 23-story tower for vertical farming. One of the winning teams designed an innovative building inspired by Taoism, a Chinese philosophical and religious tradition. Food production, research, education, and entertainment come together in the building.

What motivates students to take part
After three editions, awareness of what the Urban Greenhouse Challenge has brought about is declining. Participants found the transdisciplinary teamwork, entrepreneurship, and dealing with complex issues particularly informative. Thanks to the 64 different business partners, participants were able to expand their network and explore career opportunities.

Eggers: “However, those are not the main reasons why students decide to take part. They especially enjoy working on a concrete assignment, which they can complete in their own way. This is something that is different from what they do in their university courses. In a student challenge, they need much more initiative and creativity to come up with an entry.”

Coaches and masterclasses
Companies also increasingly saw the benefits of partnering with the Urban Greenhouse Challenge. From the second edition, they have been more closely involved, offering coaching and masterclasses. “In retrospect, coaches find it incredibly inspiring to guide such driven, creative young people,” says Pals. “Companies get a feel for what the younger generation is doing. This helps them gain new ideas for their own sector. They also do it for PR and to attract the best employees.”

Popularity
Finally, in addition to the crossover between companies and students, Pals and Eggers also noticed an emerging interest in the topic of urban agriculture. “Urban farming has become more popular among young people in recent years,” says Eggers. “Perhaps that is partly thanks to the Urban Greenhouse Challenge. We even heard from some students that they came to Wageningen because of this challenge.” The topic of urban farming is now so alive that the challenge has been followed by the University of Bologna, Italy. A former participant in the Wageningen competition helped with the organization.

The next challenge: Nature-Based Solutions
Over the past five years, the Urban Greenhouse Challenge has alternated twice with the ReThink Protein Challenge. From the coming academic year, it is time for WUR to take on new challenges. The successor to the Urban Greenhouse Challenge will be the Nature Based Solutions Challenge. WUR hopes that the next proverbial seed will be planted so that this subject will also become popular among young people. Eggers: “We start a discussion and try to inspire students. We want to show people that you can pioneer at WUR.”