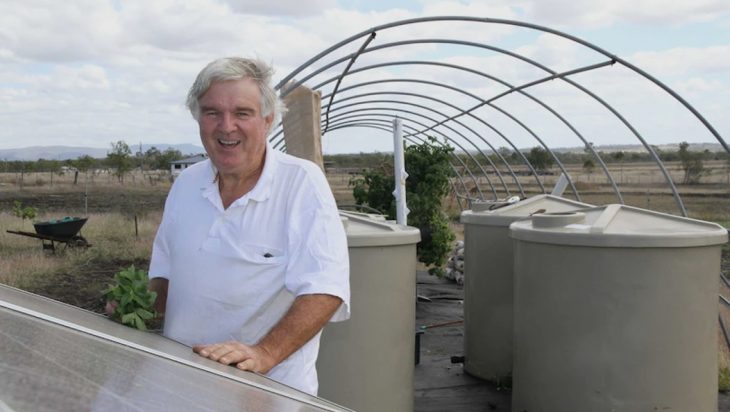 The former mine worker is using a wind turbine and solar panel to power an aquaponics operation at his Alton Downs backyard.

The set-up produces fish to eat and uses the filtered water from the tank to grow vegetables.

“I sit in my loungeroom visualizing [solutions],” Mr. Page said.

“Other times I wake up at two in the morning and think: ‘That will work’.”

Mr. Page said water from the fish tank was processed through two filters before being pumped into the vegetable garden, which was filled with clay pebbles commonly used in hydroponics.

“There’s a bell siphon which, when this garden bed gets quite full, has an airlock in it, and the water forces the airlock out of it and there is a continual flow of water [out of the garden bed],” he said.

Every hour 400 liters of water are pumped into the garden bed from the sump tank, a collection reservoir for the run-off.

With the occasional addition of nutrients, such as iron, the filtered fish water has proved fruitful.

Mr. Page said he had successfully grown mint, silverbeet, tomatoes, and cabbage, although he was yet to have any luck with peas.

He has three additional tanks to move the fish into as they grow and the project expands.

“At the moment these are only little fellas, sort of 70 millimeters long, and when they develop to the 100mm to 150mm stage I’ll separate them up and put half in the next tank,” he said.

“With this set-up here, when it’s going and it’s a full production, you can be self-sustainable.

“Probably by the end of the year I’ll have to get the other tank and garden bed under operation.

Mr. Page was initially sceptical of the idea of renewable energy, but now he was full of ideas.

Mr. Page said his operation could expand to 8 hectares and could easily be adopted by others looking for a more self-sufficient life.

“This is just an experimental exercise,” he said.

“It’s not big enough to be commercial but to understand something you’ve got to go and do the experimental runs and learn things.

“No-one can argue with first-hand knowledge.”

Useful Article: Combined Housing And Aquaponics In The Heart Of Swansea, Wales 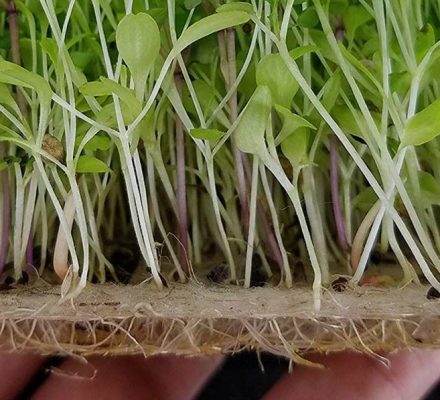 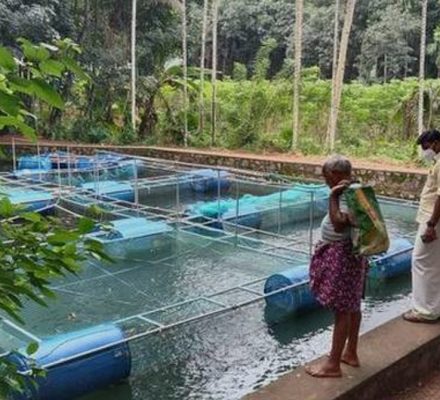 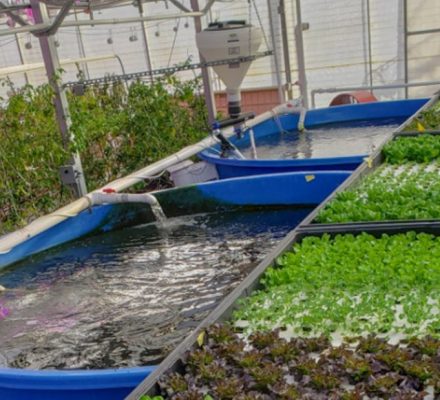