Since 1988, Sakata Seed America has operated its North American headquarters in Morgan Hill, California. The company recently initiated plans to relocate its headquarters, including all operations and personnel functions, to its 219-acre site in Woodland, California, by late 2024.

The relocation to the Woodland Innovation Center (WIC) will follow the second phase of an infrastructure expansion project that began in 2016. WIC celebrated its official opening in 2018 when phase one of the building project was completed. That boasted 16 acres of operational facilities, including greenhouses, a LEED-certified office, headhouse, washery, and a 25,000 square-foot warehouse featuring the latest technology in seed processing equipment and farm shop. In addition, there is ample farmland to host Sakata’s annual California Field Days event and serve as a permanent trialing location for the company’s expanding breeding programs and research & development department. 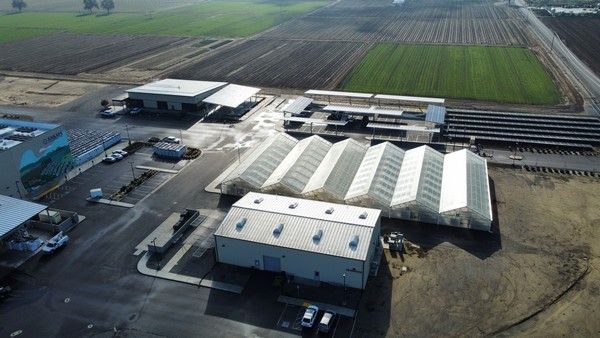 The relocation to the Woodland Innovation Center (WIC) will follow the second phase of an infrastructure expansion project that began in 2016.

“The expansion is an exciting and necessary step for our future. As we broaden our position in a range of warm crops, it’s imperative we support our growing business and deepen our roots in one of the world’s most dynamic growing regions: the ‘Silicon Valley of seed.’ Our relocation reflects our commitment to California’s vital agriculture and seed sectors, and the investment enables us to consolidate R&D and multiple other functions on a single, state-of-the-art campus,” says Dave Armstrong, president & CEO of Sakata Seed America.

In May, Sakata also opened a new facility in Marina, California, near Salinas. The Sakata Marina Distribution Center is a 20,000-square-foot, temperature-controlled warehouse, and office building. It is now home to the company’s lettuce seed program and, in the future, will store and deliver multiple species, including Sakata’s robust brassica program, for the Coastal California region in 2024.

“We aim to supply high-quality seed and genetics to the Salinas Valley, a community in which we’ve grown and operated since 1985. Marina is centrally located in the area and provides us with all means necessary to support our breeding programs, as well as our growth in the Salinas Valley and neighboring growing regions,” says John Nelson, executive vice-president.