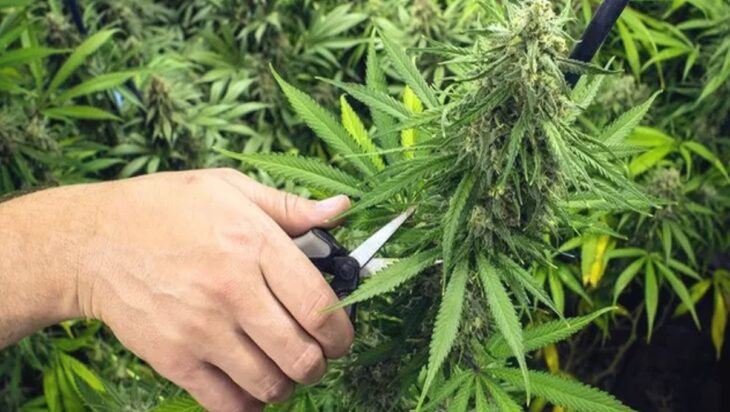 A top Pakistani cabinet official on Thursday harvested hemp in a ceremonial event for the nation’s first legal cannabis plants under the government’s new program for the crop.

Minister for Science and Technology Shibli Faraz marked the occasion at the Pir Mehr Ali Shah Arid Agriculture University, which is authorized to grow cannabis under a license issued by the ministry.

“Hemp can also greatly influence import and export. The products that are made of hemp are more profitable than the hemp itself,” Faraz said. “Hemp-made products can give profit up to ten times the original drug.”

The Pakistani cabinet approved a plan to legalize industrial hemp in September 2020, with supporters arguing that opening up the hemp market would spur a billion dollar industry to help meet demand for hemp fiber, CBD-based medicines and more.

Here is why the team @MinistryofST under the supervision of Federal Minister for Science & Technology, Senator @shiblifaraz is interested & have worked hard on Industrial Hemp & Cannabis Policy 2021: pic.twitter.com/2p9tO11CWC

In addition to the Science and Technology Ministry, the cabinet decision to allow for hemp production was made in concert with the Agriculture Ministry, Health Ministry and the Federal Board of Revenue, 92 News reported.

Fawad Chaudhry, who previously led the science and technology ministry and now serves as the minster for information and broadcasting, said, “This masterpiece of modern agriculture will give Pakistan a chance to enter the multi-million dollar industry.”

The hemp plants that Faraz helped to harvest were planted in August, and CBD will be extracted from the crop, according to AAJ News.

Four varieties of hemp were planted, and Faraz said it will also be used for making textiles and paper.

“The [Pakistan Tehreek-e-Insaf] government wants to patronize such projects,” Faraz said, according to a translation.

Federal Minister for Science & Technology, Senator @shiblifaraz and the team at @MinistryofST is here at Institute of Hydroponic, Arid Agriculture University for Hemp harvesting ceremony this morning!! Have a look at how the plants have grown at the facility: pic.twitter.com/avlbt4FAHe

The official said in September that hemp producers are being established in Jhelum, Peshawar, Chakwal and Islamabad. He says cannabis could serve as a lucrative alternative to cotton, which requires more intensive work to grow and process.