Home
Pakistan
In Sindh, Flour and Sugar Prices Were The Highest: Fawad Ahmed 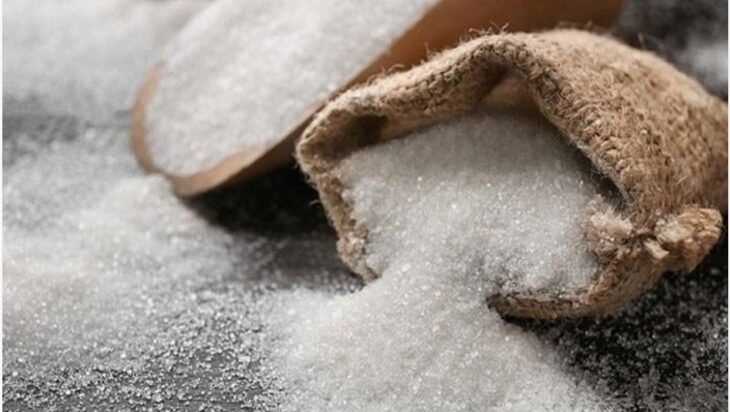 ISLAMABAD: Minister for Information and Broadcasting Chaudhry Fawad Hussain said on Thursday that Sindh was being ruled by a government that had nothing to do with the welfare of the people.

Addressing a press conference along with Minister for National Food Security and Research Syed Fakhar Imam, he said that the policies of the Sindh government were badly hurting the people of the province. The minister said that flour and sugar prices were the highest in Sindh as compared with the rest of the country and the people of Sindh were deprived of health card and ration program.

He said that the people of Sindh were deprived of this facility due to the anti-people policies of the PPP government, and the public representatives of Sindh including MNAs and MPAs should ask their Chief Minister for which reason he was taking revenge from the people of the province.

“Flour is being sold at Rs 1100 per 20 kg bag in the whole country except Sindh, as people of Karachi and Sindh were forced to purchase it at Rs 1460 per bag. The price of sugar across the country is Rs 90 per kg, but in Sindh it is being sold between Rs 97 and Rs 100”, he added. He said that Transparency International’s post-Covid-19 survey was encouraging because, for the first time, there was no evidence of corruption committed by the political government.

Chaudhry Fawad said that the people of Pakistan had a government after a long time which was not accused of any type of corruption.

He said that even the opponents of the Prime Minister in Pakistan believed in his uprightness.

”Trust in political government is being restored today, 89 percent people have expressed confidence on the performance and initiatives of the government after outbreak of the coronavirus which was big achievement”, Chaudhry Fawad said. He said there were very few examples in the world that a country’s economy was developing at 5 percent per year after the pandemic. “Our economic growth figures are also being acknowledged by the IMF, and there is likelihood that Pakistan will go beyond 5 percent growth rate,” he said.

The agriculture sector due to the policies of the government earned about Rs 400 billion additional amount last year, he said, adding farmers earned Rs 118 billion in wheat, Rs 138 billion in cotton, Rs 46 billion in rice, and Rs 3 billion in maize and Rs 96 billion in sugarcane. The minister said that demands of tractors, vehicles, agricultural equipment, and urea fertilizer increased due to surplus income in agriculture sector.

The price of urea fertilizer in Pakistan was Rs 1700, whereas its price in the international market had crossed Rs 10,000 mark, he said. The minister said that a truck loaded with urea fertilizer was sent abroad, it would earn Rs 8 million. Fawad said that Prime Minister Imran Khan yesterday announced largest social protection programme in Pakistan’s history to control impact of inflation on poor segments of the society.

He said that under social protection program people earning less than Rs 50,000 would get 30 percent discount on flour, pulses, and ghee purchase. The minister said that beneficiaries of this programme would get flour at a lower price than the price of 2018. Every citizen of Khyber Pakhtunkhwa and Punjab would get treatment facility up to Rs 1 million under Health Insaf Card, Chaudhry Fawad said.

This facility would soon also be provided to the people of Balochistan, Azad Kashmir, and Gilgit-Baltistan, he added. There was no precedent in the world for such a program, people in the UK had to pay a premium for the facility of treatment in the National Health Services, he said.

He said that the Computerized National Identity Card will be used along with health card for treatment in any government hospital free of cost. The minister said that Prime Minister Imran Khan’s vision was to provide direct assistance to the poor, instead of giving subsidies on the commodities which were availed by all. About the opposition, he said that it was fragmented and had no agenda to serve the masses. He said that the opposition was like a house of cards and if it was not disintegrated by March 23, only then it might hold a long march.