With a red blush on his cheeks, an elementary school-aged boy walks out of the greenhouse at the Dutch organic grower Frank de Koning on a Saturday afternoon. He had just seen how peppers and eggplants are grown in soil, which he found quite impressive. 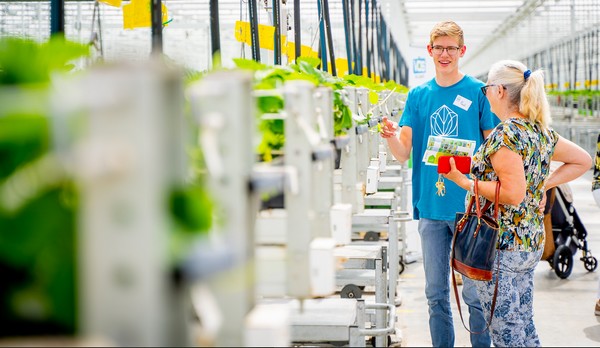 Explaining how water is being reused in a Dutch Berries greenhouse. Photo credits by Tim van Etten – www.at10.nl.

The boy was one of the almost 100,000 visitors to the 44th edition of ‘Kom in de Kas’ (Visit the greenhouse), according to visitor figures shared by the organization. Many families with children, hobby photographers, (former) horticulturists, and curious consumers also found their way to the greenhouses.

Visitors were able to ask plenty of questions to the growers and their employees. For a short while, the focus in the greenhouses wasn’t on the many challenges that growers face but on their beautiful products instead. Dressed in blue shirts, growers and employees visibly enjoyed the contact with interested visitors and the appreciation they received. “Look at this! These peppers grow much better than ours at home.” 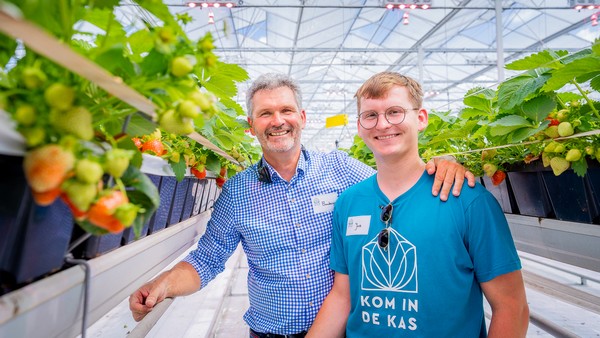 A total of 70 companies, most of them ornamental growers, opened their doors in twelve Dutch regions. Attention was also paid to the entire agricultural segment, and mills and dairy farms could also be visited.

Unlike previous editions, the event was held in June this time. As a result, not all regions were able to participate. In 2019, growers, divided over more than 23 regions, drew in more than double the number of visitors. 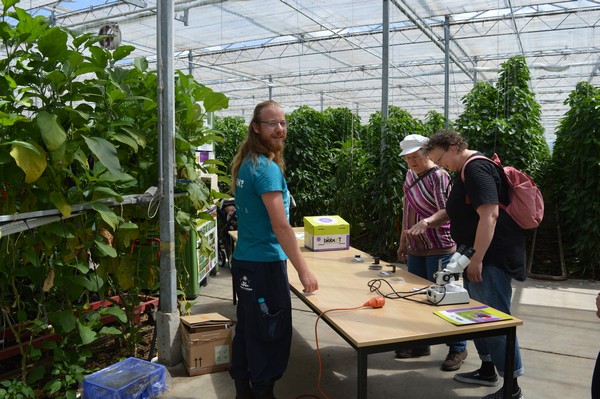 Having a look at beneficial insects at organic grower Frank de Koning.

“Another year without ‘Kom in de Kas’ was not an option for us, which is why the event was postponed until June,” said country chairman René van Dop in a press release. “Unfortunately, this meant that it was not possible for every region to take part. The 12 regions that did take part in the 44th edition pulled out all the stops to make this summer edition a success.”