Home
Agriculture and Food
Can We Feed Billions Of People Without Wrecking The Planet? 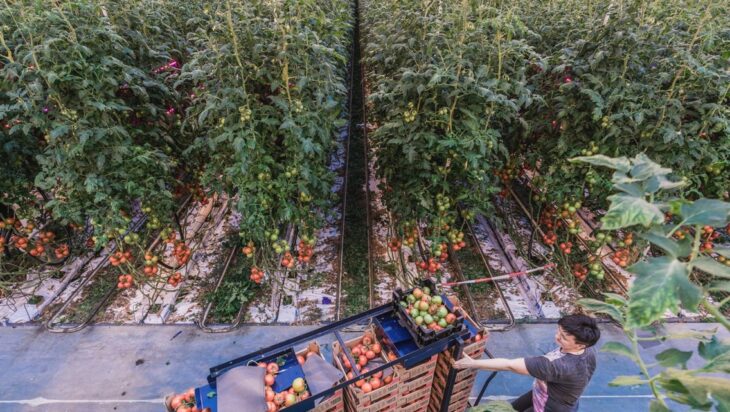 We are now producing more food more efficiently than ever, and there is plenty to go around for a human population of 7 billion. But it is coming at a drastic cost in environmental degradation, and the bounty is not reaching many people.

Sustainable Food Production, a new Earth Institute primer from Columbia University Press, explores how modern agriculture can be made more environmentally benign, and economically just. With population going to maybe 10 billion within 30 years, the time to start is now, the authors say.

The lead author is ecologist Shahid Naeem, director of the Earth Institute for Environmental Sustainability. He coauthored the book with former Columbia colleagues Suzanne Lipton and Tiff van Huysen. I spoke with Naeem about modern food systems, and the outlook for reforms.

It’s the best of times because, some 40 years ago, what with recurring famines, rampant pollution and the rise of a planet-killing nuclear arsenal, human thinking underwent a remarkable transformation. It didn’t take a lot—all we had to do was make sure that the profits of human enterprise were no longer measured only in GDP or dollars, but in the betterment of humanity and the living world that sustained us.

And by golly, today we have extraordinary technology borne on scientific advances across all fields that make the transition to environmental sustainability easily within our reach. It truly is the age of wisdom. It’s the worst of times, however, because at the very same time that we have this know-how, the environmental debt we ran up during our excesses of the Industrial and Green revolutions has caught up with us. 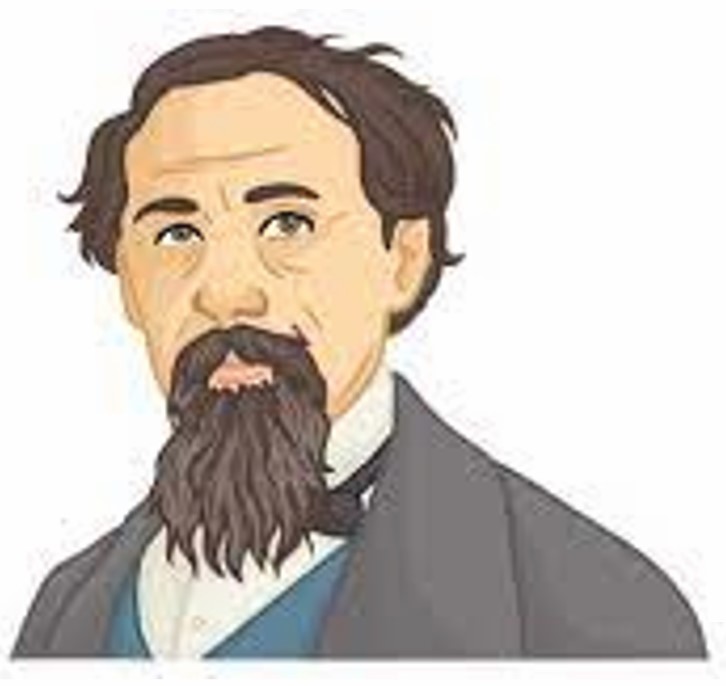 Yes, we have less hunger and violence, and better health. But inequality is at its worst level ever, and food, water, and energy security are at all-time lows. It’s not a collapsing world, but it’s a fragile world, with another billion or two joining the population by 2050.

Too many people and governments are foolishly embracing fear and protectionism. Isolationism is the single biggest impediment to achieving environmental sustainability. In the midst of mass extinction, climate change and emerging diseases, the urge stick one’s head in the ground is hard to resist. So, it’s neither the best or worst of times, but an amalgam of both.

The “Green Revolution” of the late 20th century modernized agriculture and produced unprecedented abundance. Did it go wrong?

From the get-go, the Green Revolution was antithetical to environmental sustainability. It sought to dramatically increase the magnitude and efficiency of production, but paid little attention to the human bottom line. Many point to the end of the massive famines as a positive outcome. Nothing wrong with that. But the environmental, health and social costs were staggering.

Two thirds of the world has been transformed into a stressed machine running at full tilt, like an overworked steam engine with gauges in the red and rivets popping out. Smallholder farmers were displaced at the expense of large-scale operations that favored the landed and wealthy. Some of the most powerful corporations in history are the global agricultural conglomerates that emerged from the Green Revolution. This suggests the principal bottom line was profit, not social and natural well-being.

The rise in economic inequality, ocean dead zones from agricultural runoff and much more can be traced to industrial agriculture. I am continually amazed how such incredibly smart people, often with genuine passions to end world hunger, paid so little heed to basic environmental biology. Natural ecosystems can run for tens of thousands of years in safe operational boundaries. 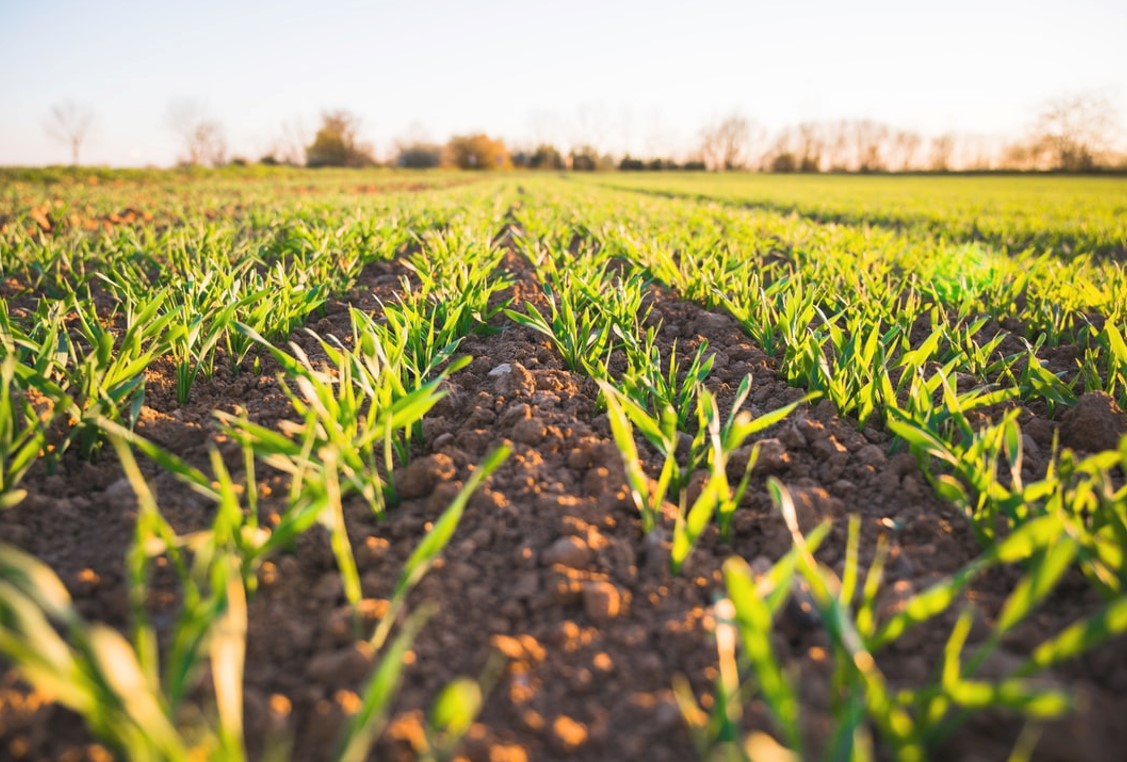 Rain forests, boreal forests, grasslands, mangroves, and even deserts and tundra, are all super resilient unless faced with insurmountable extrinsic changes. Natural ecosystems should have been models for how to rejigger the world to feed a rising human population. That means maximizing diversity, minimizing waste, balancing production with stability, and making sure we can feed tomorrow’s children.

The Green Revolution built fast, cheap, simplified, unstable systems, like the American muscle cars of the ‘60s and ‘70s, when it should have built high tech, finely tuned electric vehicles.

You discuss the “services” that the earth provides for us for free, but on which we don’t place any economic value. Tell us about some of those.

It’s spread out over the entirety of the world, from snail fish in the deepest ocean basins to microbes atop the highest mountains, and covering the sands of the driest deserts. It’s 8.7 million species, numbering in the trillions of trillions of individual plants, animals, and microorganisms. They condition our air, water, and soil. The services are weird, like oxygen production—important not just for oxygen-breathing organisms such as ourselves, but for the production of stratospheric ozone that protects us from harmful UV radiation. 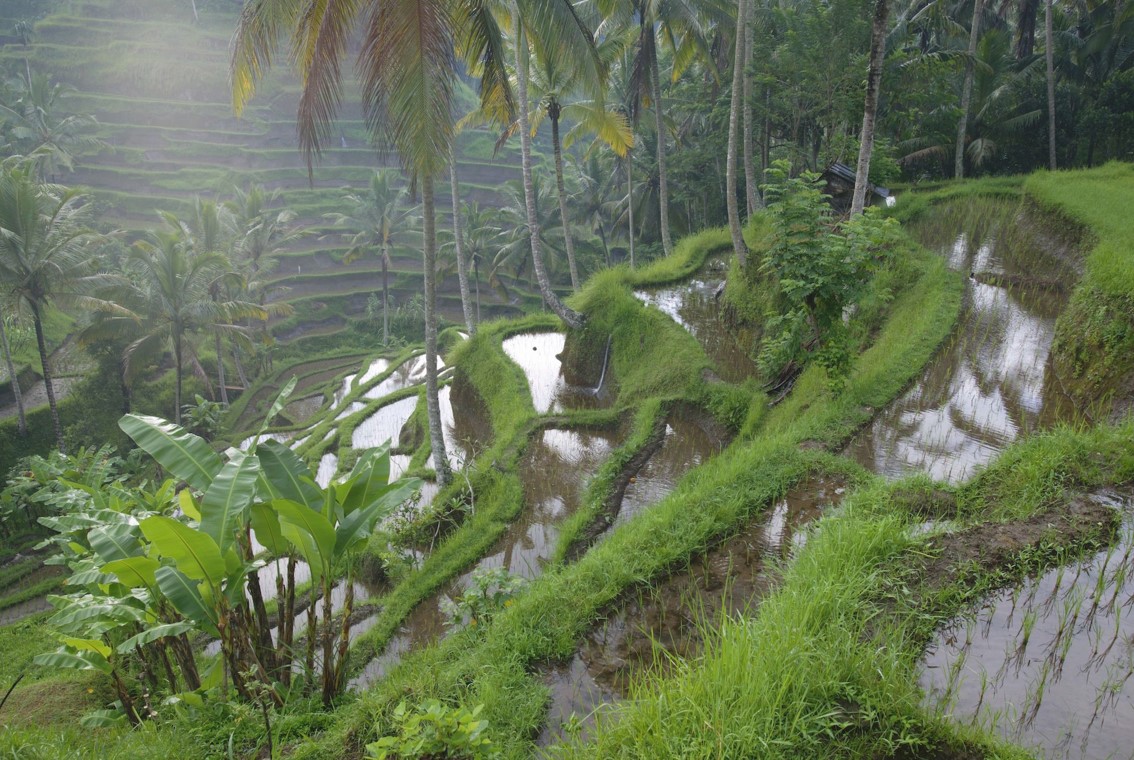 There are other technical-sounding things like denitrification, nitrogen fixation, carbon sequestration and nutrient mineralization. Then there are more familiar services like pollination, protecting shorelines from wave surge, mitigating the spread of disease, and the mental health benefits of green spaces and the cultural values nature provides people. These services seem esoteric compared to the Internet, banking, electricity and education. Yet, they are critical to every facet of life on Earth.

The “service providers,” like plants, animals, and microorganisms, are sort of slave laborers. But of course, they don’t really care a damn about us. They see us as just another species in the system. If they were sentient and could form an opinion, they would see us as moochers and freeloaders. If they could, they would probably send us massive monthly bills and, if we didn’t pay up, send us to jail.

What are some sustainable practices we should be looking at?

Maximize diversity. We should outlaw monocultures. The Food and Agricultural Organization says that 75 percent of the world’s food comes from just a dozen plant and five animal species. There are around 400,000 plant species, thousands of which are known to be edible. But for the large part, only 150 to 200 are used by humans. Ditto for animals.

There are millions of species of animals, and the vast majority are edible, though many of the biggest, brawniest gun-toting beef eaters cower when we suggest they eat insects. In truth, unless we all become vegetarians or vegans, a number of studies suggest we may not be able to feed 10 billion by 2050. It’s just that animals are handy sources of proteins when one’s plant diet is of poor quality and starchy, as most grain-based diets are. 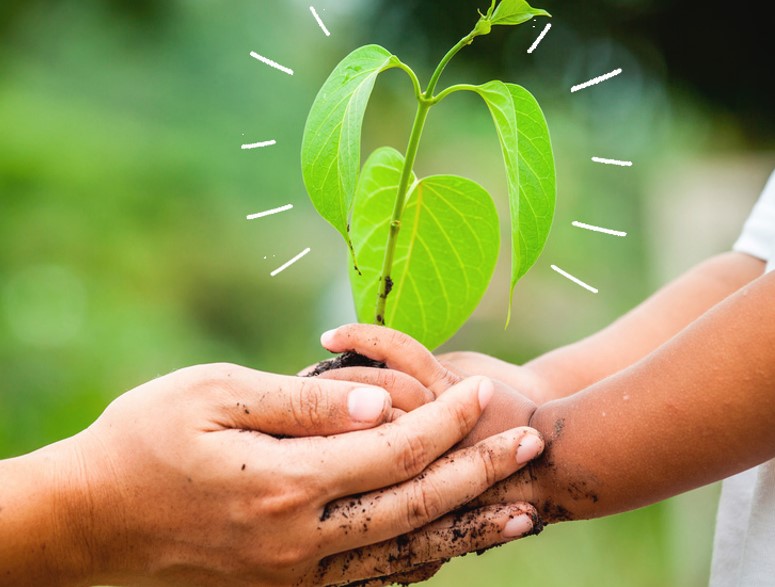 Diet is complicated, but suffice it to say that, no matter how you look at it, by turning most of Earth into food production systems, the worst thing we continue to do is to focus on a handful of species. Nothing is more certain than the fact that the more diverse a system is, the more efficient and resilient it is.

So why do we grow oil palm from horizon to horizon, or maize or rice or wheat? Moves to ancient grains, pasture-raised livestock, the diversification of crops, and better management of soil organisms, and, yes, even eating insects, are evidence that the world is catching on. If you’re OK with GMOs, use these rather than herbicides, and make GMOs affordable to even the poorest farmers. Stop food wastage—40 percent of food is wasted. Use irrigation and use fertilizers optimally.

You say it is not just about producing food; it is about getting it equitably distributed, and achieving other humanitarian goals. Can you elaborate?

Sustainable food production is independent of social objectives. You can build a perfectly sustainable farm using slaves brutally abused by a despotic farm owner. But that’s not what we want. What we want is food production to enhance human well-being, much the way the UN Sustainable Development Goals suggest—eliminate poverty, improve health, achieve universal education, and so on.

They fall loosely under categories like health, trust in government, good social relations, and economic equality. And different peoples have different ideas about well-being. Food isn’t just stuff in one’s belly sufficient to get through one day, as the UN defines hunger. It’s about sustaining a happy, rewarding life for one’s self, one’s family, one’s country, and our increasingly global community.

Is “organic” food a scam?

There is absolutely no question that organic farming is environmentally friendlier. There is also absolutely no doubt that it can be less productive in many systems and almost assuredly much more expensive. Industrial agriculture, believe it or not, can be just as sustainable as organic agriculture. Here’s the problem: Most of the world is living in or moving to urban environments, and most urbanites around the world are poor. 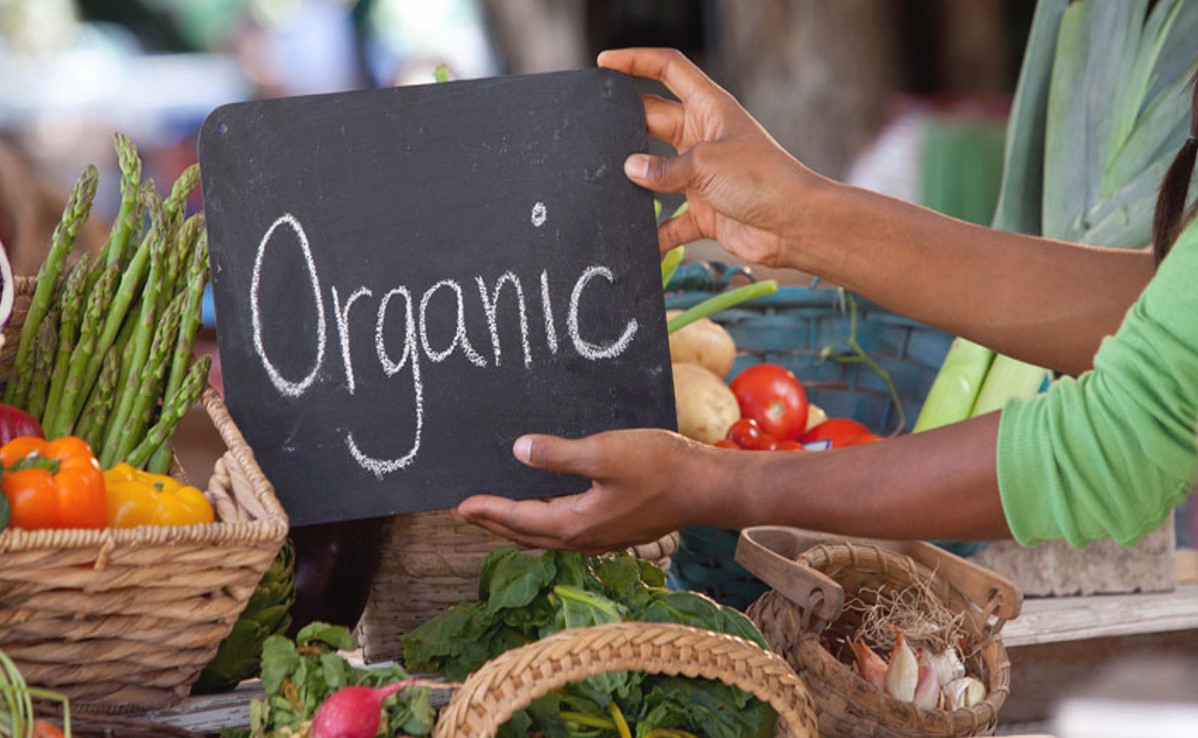 Industrial agriculture produces food cheaply, and is the only food, in many cases, poor urbanites can afford. Organic farming becomes a scam if it presents itself as the only scheme that can secure adequate supplies of safe, nutritious food.

Don’t get me wrong—my little vegetable garden in the country is organic, and I buy organic—but current markets are not designed to address issues of availability and accessibility. The natural science underpinning organic farming is sound, but as a solution to environmentally sustainable food, it needs to address a huge array of social impediments.

Is there anything individuals can do to make food production more sustainable?

OMG! There’s so much one can do individually. Simple things like minimizing waste, paying the premium for sustainably produced food, maximizing the diversity of things one eats, reducing meat consumption. Don’t buy any food that has oil palm products in it. Go to farmers’ markets.

Most importantly, just be cognizant of what an ecologically and socially complex thing food is, and what an amazing enterprise it is that we produce billions of calories every day. Humans do a lot of amazing things, but nothing is as stunning as the way we produce food. What we need to do now is to get back on track to producing it an in environmentally sustainable way.